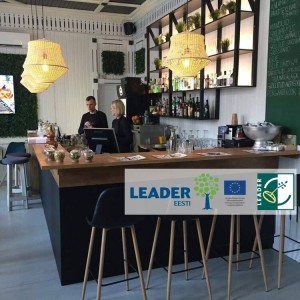 In an old dilapidated mud house in a tribal hamlet in India, I gazed curiously at the mud and tube structure that was distillation equipment. The tribal distill Mahua which is dried or fresh fruit of madhuca indica a large tree of mixed forests. Using the equipment since centuries the output was sharp pungent spirit that could be further diluted with water to make a potent consumable drink.

Known as mahua, kachhi, desi or local liquor it is popular all over India wherever the tree is common. The distillation of mahua is legal up to some limit but only for tribal because it is their way of life and part of their traditions. It is an income source for the local distilleries as well. These distilleries are popular since time immemorial and indispensable. This same spirit is sold in urban surroundings as source of cheap liquor and often fatal because of adulteration. Time and again people consume this desi in prohibited area or wherever alcohol is banned and make news whence adulterants creep in and they die in large numbers.

The houses that distill this liquor also sell them then and there like in the bar. Hence tribal distilleries in India act as bars as well often.

The modern spirits in the country was introduced by the English during their rule and hence wherever you go the sellers will have a board painted "English Wines". The rulers also set up large distilleries in India and distilled various types of spirits that included gin and whisky. The tonic originated here in India during the rule it is still a popular combo with gin. The newly introduced handcrafted spirits now comprise of a phenomenally large range.

In the modern world distilleries are more sophisticated and often vast. In Europe particularly in Scotland the units are popular for one produce and that is scotch distilled from malt using water from peat bogs. Like the whiskey, dry gin is distilled in UK, Estonia, Holland, USA and India were botanicals are available chiefly juniper berries.

The distillation equipment comprise of a still, a boiler and a mash tun is needed to create the fermented liquid which eventually be processed through the still. The chilling equipment and the bottling tank make up the simple structure of a distillery. But the system in a craft distillery is complex and not in the scope of this article.

The fast growing small distilleries in EU and US are overtaking traditional liquor manufacturers. Also known as boutique or craft distilleries these are coming into light for handcrafted spirits created by master blenders. Though in the initial stages the produce from small units becomes local favorite, the winning products surpass State and National Boundaries to become global brands. Thanks to social media it is within the reach of small units to publicize and promote their products online to create reputed brands.

The attraction for handcrafted beer and spirits is gaining ground and the trend seems to be unstoppable. The recently introduced non alcoholic spirits which imitate gin and whisky are also produced by the small units worldwide.

A report from The Business Research Company shows that the "Global Spirits Manufacturing Market 2019" is expected to reach a value of nearly...

A report from The Business Research Company shows that the "Global Spirits Manufacturing (Distilleries) Market 2019" is expected to reach a...

The reference to spirits in lifestyle segment generally means consumable liquor or alcohol. The word has been drawn from the days of...