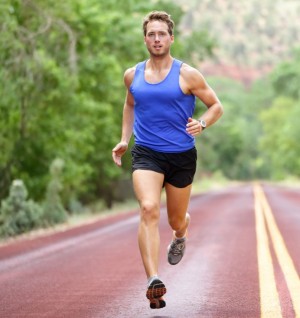 Running is a popular sport not only for general fitness but also for getting fit for competing in other sports and as a competitive sport on its own. Running is relatively easy to do, can be done at any time and anywhere and the barrier to entry is low and just consists of a good pair of running shoes. However, running is not without its risk and up to a half of all runners can get an overuse injury in a 12 month period. This can range from a minor niggle that does not interfere with their running to a serious enough problem that they may need to take a substantial time off running to recover. The main reason for these injuries is simply doing too much too soon before the tissues have a chance to get used to the loads that all the running places on them.

One particular injury that used to prove difficult to manage is called anterior compartment syndrome which causes pain on the front of the leg. It is one of the less common causes that get lumped under the term shin splints. All the muscles in the body are held in place with a tissue known as fascia. When exercising that fascia needs to expand a little to accommodate the exercising muscle which expands slightly. What happens in an anterior compartment syndrome is that the anterior tibial muscle starts to expand when running and the fascia is too tight and does not allow it. This causes pain when running that goes away when you stop running. This can actually get very painful as it does limit blood flow to the muscle.

Traditionally the treatment for this has always been a challenge. Strengthening or stretching of the muscles is not going to help and neither will any other exercises. Previously, the only options were to stop running or have surgery. There are some options that did get recommended and some still do, but they generally do not have good outcomes. The surgery is to cut the fascia to allow the muscle to expand. The success of this is usually pretty good and recovery is good as it is only soft tissue surgery and no bone is involved. For a long time, this the only real option. More recently research has shown that if a runner changes their running technique from a heel strike pattern to a forefoot strike, this substantially reduces that activity of the anterior tibial muscle and significantly reduces that symptoms of anterior compartment syndrome. The change from heel striking to forefoot striking does reduce the load on the anterior tibial muscle, but it does increase the loads on other areas. This means the transition needs to be done slowly to give the increased loads on the other tissues time to get used to the increased demands. Not everyone can do it and it is often a good idea to work with a running technique coach to get the right advice. This process can take many months.

The Basics of Anterior Shoulder Instability

The shoulder joint includes a ball and socket. However, whereas the hip has a deep socket, the shoulder socket is shallower. This gives the...

Uveitis is the inflammation of the uveal region of the eye, most commonly by an infection. Uvea is a group of pigmented and non pigmented...