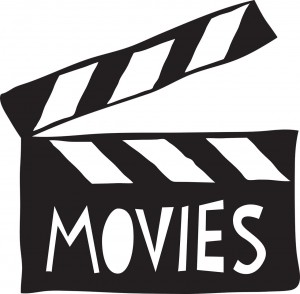 when we talk about Bollywood, a lot of faces come in our mind. And a lot of movies too. Today we are going to Discuss the top Bollywood movies of all time. You can find these movies online anywhere. You can download movies and subtitles separately too.

Thappad is shaping up to be the must-see Bollywood movie of 2020. The gripping social drama confronts the patriarchy, and what happens when a woman refuses to submit to it. Amrita's (Taapsee Pannu) world and sense of self crumbles after her husband Vikram (Pavail Gulati) slaps her at a party, in front of their family and friends.

If you're looking for an empowered heroine to root for, look no further. Queen is the story of a 24-year-old woman (Kangana Ranau) who, upon being dumped by her fiancé, goes on a honeymoon by herself. The 2014 feel-good movie is about a love affair, of sorts—between a woman and the big world.

Take a history lesson with this 1995 movie about the 1992 Bombay riots, a dark moment in India's history. The melodrama follows a Hindu man and his Muslim bride in a city being torn apart by religious violence. Technically, the blockbuster was made in Tamil, and dubbed in Hindi.

The first film by acclaimed director Shyam Benegal, Ankur is a work of India's art house cinema—also called "parallel cinema." It's about Surya (Anant Nag), son of a landlord, who is drawn to a servant, Lakshmi (Shabana Azmi), and then abandons her after she becomes pregnant. The movie is grounded within a complicated web of power and social issues; and often provides an indictment of society itself.

If there was a film that defined friendship and wanderlust for the millennial generation, it would have to be Zindagi Na Milegi Dobara. This film is a testament to Zoya's powerful storytelling. Because despite a topic as common (though timeless) as friendship, she managed to deliver a film that was refreshing and relatable in all the right ways. And of course, there was bagwati!

Gangs of Wasseypur 1 and 2

If Satya was Bollywood's introduction to gangster movies, Gangs of Wasseypur was the explosive rebirth of it. It was a violent tale of revenge and betrayal, spread across two films and some truly iconic characters (Perpendicular). From the colloquial dialogues to the regional music, Gangs of Wasseypur redefined the gangster era.

A film of debutants (debut writer, debut director, and debut actor) that served a lesson in seasoned, evocative storytelling - that's what Masaan was. The film's take on Indian society's parochial set-up-- stripped bare of romanticism--left a deep impact on your psyche. The film is also one of Hindi film industry's rare forays into exploring the multifaceted side of grief. Because grief is rarely, if ever, just contained (or expressed) through tears alone.

Sriram Raghavan's thriller was a clever, clever film, right from its title to its intriguing end. Apart from presenting our favourite boy-next-door actor in a whole new avatar, the film also served as a reminder of Tabu's brand of layered performance. From the cinematography to scriptwriting, to editing, and the background score, this was a film that revived our dying faith in good Hindi-language thrillers.

At a time when Hindi cinema seems to be reaching a saturation point with period dramas, Tumbbad managed to still weave a novel story. And it was also an intelligently scripted horror, that didn't just rely on predictable jump scares, but actually worked on unpredictable plot reveals.

I have been in SEO Since 2012. I know how things work at this time. Just writing content is not enough. Your content needs exposure. Spread Your Content to a vast audience on multiple platforms. and write for your audience not for Bots.

With the aim of increasing the income of farm families, the government is implementing a central sector plan, which is "

Here is the list of upcoming latest bollywood movies 2020 and 2021 with release dates and latest new movie trailers in hindi. However, the...