What Are The Changes in the UAE Bankruptcy Law Due To Pandemic? 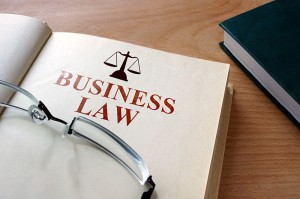 The introduction of the Bankruptcy Law was a major step forward and was influenced by features of a number of insolvency law regimes in other jurisdictions, as well as international insolvency law trends. On 24 October 2020, the UAE Cabinet announced its decision to amend Federal Law No. 9 of 2016 (the "Bankruptcy Law") by adding certain provisions covering emergency situations, including pandemics and natural disasters as businesses around the world are facing new and acute challenges in the wake of the COVID-19 pandemic. The amendments outlined by Corporate Lawyers of Dubai are also aimed at ensuring fulfillment of obligations, and mitigating loss gave default without prejudice to bankruptcy law, while enabling creditors to secure their rights.

More about the amendments

This was to enable individuals and businesses to overcome credit challenges in "emergency situations. Initially when the Bankruptcy law has introduced the test to establish a debtor’s bankruptcy was rather clinical and impersonal but the amendments introduced have changed the way a debtor’s default is analysed completely. Now, one’s situation and surroundings are also taken into account.

The new amendments stipulate that the debtor shall be exempted from commencing procedures to declare bankruptcy. The courts are also to provide a generous grace period of a year to negotiate mutual terms with their creditors. The Court is, however, not permitted to extend any time periods, including the grace period, by more than double the time a debtor would be given under normal circumstances.

The court will not include the funds needed to keep the business afloat into the proceedings, keeping in mind the very testing times the debtor would already be facing. This includes fixing seals on a debtor’s business premises or its properties. This gives distressed debtors protection from formal bankruptcy proceedings and breathing space to continue operating. However, secured creditors remain entitled to apply to the Court for an order permitting them to enforce security against the debtor. Whilst creditors holding a debt of more than AED 100,000 can still apply to the Court to start bankruptcy proceedings against a debtor who has failed to settle a demand for payment within 30 days, the creditor’s application will not be considered by the Court until the end of the Emergency financial crisis. Dealing with all this the court will consider whether or not the debtor’s default is caused by the Emergency financial crisis. It remains to be seen if and when the UAE Cabinet will determine that there is an Emergency Financial Crisis and how the new measures will operate in practice.

It is a welcome development for the UAE’s insolvency regime. The success of the new regime will depend ultimately on how effectively it is used in practice. These changes to the UAE Bankruptcy Law may have provided an alternative route to what previously would have been perceived as imminent bankruptcy. This move towards a more flexible and internationally-aligned approach which should assist businesses in the UAE work through financial difficulties and, where possible, avoid liquidation.

You might have heard a lot about different law firms who claim to be the best and most effective bankruptcy solution provider. But are you...

Budding entrepreneurs likely hear advice from well-meaning people to not start or expand a business in an era of economic challenge...

Nowadays ecological changes, pollution, and other unforeseen changes and changes like urbanization, affect our flourishing and retard our...