Tips For Setting Up Your Home WIFI Network 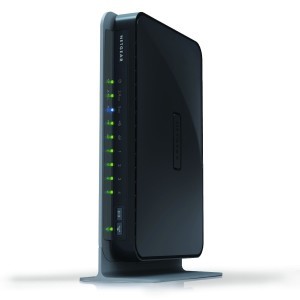 If you’re not into IT, you’re probably feeling a bit at a loss when it comes to setting up your home network. There are so many devices and so many different configurations that it can be a nightmare. You’re already ahead of the game if you’ve decided to go wireless, however—despite the fact that it’s a more advanced set up, it’s far more simple to execute. Here are some quick tips for making sure your network comes together smoothly.

Tip Number One: Make sure your modems are plugged into the correct ports

While your network is wireless, you will need to make one wired connection, from the modem to the router. This is probably the most important part of the process, in terms of ensuring that your internet access goes uninterrupted. The confusion sets in because the modem cable fits—physically—into a number of different ports available on the router, but won’t work unless it’s connected to one particular port. Make sure that the cable is inserted only into the uplink port. You can skip this step if your modem and router are a single device.

Before you’re free to roam your house with a WIFI connection, you’ll have to configure the router. Doing so requires a wired connection to a computer, temporarily. You’ll need to use an Ethernet cable for this purpose, and connect the cable to both the computer and the router Ethernet ports. Most newly purchased routers include an Ethernet cord, but make sure that’s listed on the box, or you’ll be running out to the store again to pick one up. Some routers may allow you to link wirelessly for set up, but generally speaking this isn’t a good idea, and will leave your router performing poorly.

While most modern routers have a strong enough signal to cover the entire home, you’ll still need to put a bit of thought into location. Distance does affect the signal, and brick and plaster walls can also dampen it. Opt for a central room in the house, rather than a corner location. If that’s still not enough, an additional wireless router or wireless access point may be necessary.

Ever called tech support and had them tell you to turn something off and back on again? You’ll want to remember this sage advice during setup, when wireless routers are most prone to freezing up or revealing glitches. A reboot is just powering down and back up again, while a reset will bring the router back to like-new factory conditions in terms of software. If you do reboot the router, it’s a good idea to reboot any other devices that were connected to it as well. You’ll save yourself a lot of headaches by taking advantage of this tip. Even the best home wireless router

might give you a little trouble during the set up stage.

Chip-on-the-Tip Endoscopes: Market InsightsVisualisation in medical diagnosis is vital to detect diseases and to decide the healing...

Tip location devices are being increasingly used for confirmation of PICC tip location during PICC insertion, owing to their advantages...

Putting together everything that is required for an effective training course can sometimes be a daunting task. This is especially true when...