Who is Sheldon Cooper? 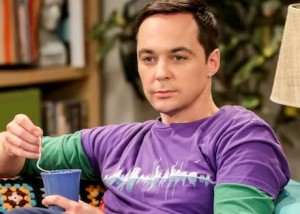 Dr. Sheldon Lee Cooper, BSc, MSc, MA, PhD, ScD, is a Caltech theoretical physicist from Pasadena, Ca in the TV series, The Big Bang Theory and the spin off series Young Sheldon. Originally from East Texas, Sheldon started college at the young age of 11 and received his first PhD at the age of 16.

When he was younger, Sheldon was involved in numerous experiments, such as his plan to provide free electricity for his hometown by building a nuclear reactor which was stopped by men from the government claiming it's illegal to store uranium in a garden shed. He is very geeky, proudly speaking Klingon, wearing vintage t-shirts that sport superhero logos, or spouting various irrelevant and cultural anecdotes.

Sheldon does have so many faults. Sheldon is characterized by his strict adherence to routine and hygiene, especially his bathroom schedule; he has a reliance on an overly intellectual personality; a very tenuous understanding of irony, sarcasm and humour, which he does try to master with multiple failures; and a general lack of humility or empathy. It is these qualities of his character that are the main source of humour in the Big Bang Theory, like his ongoing need to sit in his spot and his use of the Cooper Coupon to reward his friends. As the seasons progress Sheldon develops a more human personality due to the influences of his friend Penny and his wife Amy.

There have been a number of analyses of the character in the psychological literature with some speculating that Sheldon has a higher functioning autism. The shows creators have denied this. His characteristic idiosyncrasies, unpragmatic obsessions and extreme narcissism have created quite a dialogue amongst analysts. Sheldon also displays qualities that are associated with being a prodigy which can include things such as having an inflated ego, being socially inept, and having an inability to relate emotionally with others. He is considered extremely arrogant, narcissistic, selfish, and self-righteous. Despite his high levels of intelligence, he has an obvious lack of emotional maturity and he is frequently baffled and confused by even the most common social interactions. He regularly fails to understand the simplest sarcastic jokes made by his friends.

Sheldon does not have the ability to see fault in anything that he does in his life. This goes to the extent that he doesn't think that when he commits a crime that he is actually doing anything wrong. In one episode Sheldon insults a judge while in court because of his belief that his job and status was superior to that of the judge's. He ended up in jail for that. He sees it as his absolute right to be able to interfere with something that does not involve or concern him simply because it benefits or pleases him. Sheldon is openly very pompous and condescending towards people around him like Howard who he treats as a simpleton because he only has a master’s degree. Sheldon on rare occasions does show an interest in relationships, which was most obvious in his relationship with Amy.

A growing number of Americans are coming to understand that good oral health is highly conducive to overall wellbeing. Seemingly...

The Fly Fishing Guides Cooper Landing can be a huge amount of fun. There are a few things to recall when get prepared for fishing trips in...