Was the Moon Landing Faked? 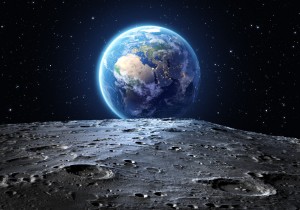 Arguably, probably the greatest achievement in human history was the moon landing on the 20th of July in 1969. It was an unparalleled and unprecedented achievement that has not been surpassed by any subsequent events in human history. Despite this monumental achievement, there are a significant number of people who consider the whole thing was nothing more than an elaborate hoax and was just filmed in a Hollywood studio. Those that believe that it was a conspiracy are quite convinced of their beliefs and for some reason no debunking of their arguments and showing them of actual evidence will convince them that they are wrong.

The first argument against the conspiracy and that it did happen is simply the sheer numbers of people that would have been involved, all agreeing to maintain the lie over all the years. Almost 500 000 people were involved including the astronauts, engineers, scientists, technicians, managers, and other workers. Not one of them has come forward and said it was a hoax and they were sworn to secrecy. It is pretty impossible that this many people would have stayed silent for the number of years since the 20th of July in 1969 and kept the secret. Some have pointed out that it would be much easier to actually land on the moon than it would be to concoct, conduct and keep the secret of the hoax.

That has not stopped the claims still being made. Every claim of alleged evidence of those who claim it was fake is easily debunked. That does not stop it either, they just shift the goal posts and allege another problem as evidence which in turn is easily debunked. A lot of the claims are based around easily explained apparent anomalies and oddities seen in some of the photographic evidence.

A popular and commonly cited anomaly is the USA flag that Buzz Aldrin is saluting, and it is claimed that it is waving in the wind. There is no wind on the moon due to the lack of atmosphere. The apparent movement of the flag in the wind is claimed to be prove that the moon landing was fake. However, a simple look at the photo and other photos of the flag from different angles clearly show that here is a telescopic pole across the top the flag that is holding the flag in place. The apparent waving of the flag is nothing more that the flag being so creased from being folded up tightly for the flight to the moon, so the apparent waving of the flag is nothing more than the flag being held in place by a pole across the top and its creased appearance.

It is the same with every other piece of alleged evidence that those that claim the moon landing was a hoax and a conspiracy. There are simple, obvious and innocent explanations for every one of them. For some reason, nothing appears to want to change the mind of those who are so convinced that it was all fake and filmed in Hollywood on a movie set.

Have you ever wanted to get every single Legendary Pokémon ever? Well, within the next 12 months, that might just become possible across...

What begins as a mid year excursion in the tropical Alola locale transforms into the following energizing section in Ash Ketchum's journey...

Amar Srivastava
How to rectify the malefic effects of the moon through moon homam?

Moon plays a very important role in the birth chart which also signifies the personality of a person. The feelings, moods, charm, memory...