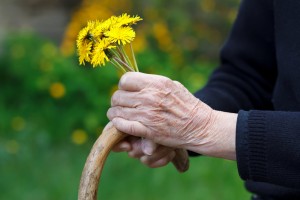 Parkinson’s disease is a relatively common disorder of the nervous system that is due to damage to the nerve cells in a part of the brain that produces dopamine. Dopamine is a chemical that is needed for the smooth control of muscles and movement, so the symptoms of the condition is a result of a loss of that chemical. Parkinson’s disease primarily affects people aged over 65, but it can and does come on at earlier ages with 5-10% occurring below the age of 40.

The main symptoms of Parkinson’s disease are a tremor or shaking, which usually starts in one arm or hand; there is often a muscle rigidity or stiffness and a slowness of movement; the posture becomes more stooped; there are also balance problems. Parkinson’s can also cause increased pain and lead to depression and create problems with memory and sleep. There is no specific test for the diagnosis of Parkinson’s. The diagnosis is usually made based on the history of the symptoms, a physical and neurological examination. Other causes for the symptoms also need to be ruled out. There are imaging tests, such as a CT scan or MRI, that can be used to rule out other conditions. Sometimes a dopamine transporter scan might also be used.

There is no known cure for Parkinson’s disease. That does not mean that the symptoms cannot be treated. The primary approach is to use medicines to increase or substitute for the dopamine. A healthy diet with regular exercise is important. There can be modifications made to the environment at home and work to keep the person involved and engaged. There are also some options in some cases for brain surgery that can be used to reduce some of the motor symptoms. A large team of different health professionals are often involved.

Your body relies on a complex system of arteries and veins to effectively transport blood to where it is needed. Your arteries are tasked...

Human brain is the store house for all different forms of memories and important message input. Sometimes the brain does not work properly...

The circulatory system is made up of both arteries, which carry oxygenated blood from the heart and lungs to various areas of the body, and...