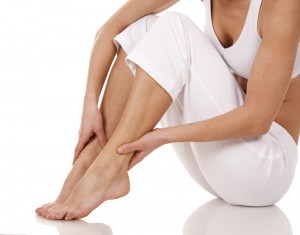 Restless legs syndrome (RLS) is a condition that causes unpleasant or uncomfortable sensations in the legs with an irresistible urge to move them. These symptoms commonly occur in the late afternoon or evening hours and are often more severe at night when resting, such as sitting or lying in bed. Because of this it could become difficult to fall asleep or return to sleep after waking up. Moving the legs or walking typically relieves the symptoms but the sensations often recur once the movement stops. This can have a significant impact on the quality of life and can lead to concentration and work productivity issues due to the lack of sleep. Up to 10% of the population have been estimated to possibly have restless legs syndrome. It affects both men and women, but it is more common in women. The cause of restless legs syndrome is not known. While this condition can be quite miserable, most cases of RLS can be treated with non-drug therapies and if necessary, medications.

There are some underlying conditions, such as iron deficiency, that are related to restless legs syndrome and correcting that iron deficiency with iron supplementation can significantly relieve the symptoms. If there is no underlying condition, then the treatment will initially focus on lifestyle changes and if those aren't helpful different medications can be tried.

Some of the things that need to be tried including things like soaking in a warm bath and massaging the legs to relax the muscles. The application of hot or cold packs may lessen the limb sensations. As fatigue tends to worsen symptoms of Rls, so it's important that people do try to get adequate sleep. Undertaking moderate and regular exercise may also help to relieve symptoms of restless legs syndrome. However, overdoing it or exercising later in the day may make the symptoms worse. Sometimes cutting back on caffeine may help restless legs, so avoid these products of possible, including chocolate that contains caffeine. There are specific foot wraps that puts pressure on the foot that has been reported as helping some people. Some people report relief from using heavier blankets on their bed.

If these measures do not help, then several medications can be tried. It may take several trials to find the right medication or combination of medications at different does to find what works best for each individual. One group of drugs are those that increase dopamine in the brain such as Ropinirole (Requip), rotigotine (Neupro) and pramipexole (Mirapex). Another group is the drugs that affect calcium channels such as gabapentin (Neurontin, Gralise) and pregabalin (Lyrica) which do work well for some people with restless legs syndrome. Narcotic medications can relieve mild to severe symptoms, but they may be addicting if used in high doses. This can include tramadol and the codeine medications. Muscle relaxants and sleep medications can be tried to help improve sleep, but they will not affect the experience of the symptoms.

Restless legs syndrome is generally a lifelong condition, so living with it involves developing coping strategies that work for each individual. Support groups are very helpful for this.

Know everything about restless leg syndrome

Restless Leg syndrome is a common condition in which the patients suffer from uncomfortable sensation in the legs. The syndrome is getting...

NC vascular doctors want you to know that if you have restless leg syndrome, vein disease treatment may help relieve your symptoms. What do...