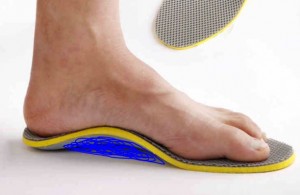 Podiatrists treat a wide range of foot problems and different types of people. There are many factors that are impacting on the demand for services and almost all of them are increasing or are expected to increase into the future.

As people get older, they get more foot problems and for most podiatry clinics older people make up a large part of their patient load. The older population is growing at quite a substantial rate, so this growth will simply mean that there will be an increased demand for podiatry as a result of that growth in the aging population. The sorts of problems that podiatrists see in the older age group are bunions, hammer toes and corns and calluses on the toes.

Diabetes has a significant impact on the feet. The nerve damage means that any injury or problem with the foot may not be detected, so can become quite severe. The poor circulation means that when damage to the foot happens, the healing is poor due to that lack of circulation. The most severe of the complications to the foot in diabetes that podiatrists see are ulcers than could eventually lead to an amputation in the worst cases. Due to both the aging of the population and the obesity epidemic, the incidence of diabetes is growing almost exponentially worldwide. That will significantly increase the demand for podiatry around the world and despite public health efforts to slow this growth it is showing no signs of letting up. Podiatrists will be needed to help prevent and treat the problems associated with diabetes.

A sub-discipline of podiatry is podiatric sports medicine in which podiatrists work to prevent and treat the injuries in athletes, both the elite and weekend warrior. A large part of the sports population that podiatrists see are those who are recreational athletes who participate in sport and other fitness activities just to get fit, loose weight or be healthier. A lot of these people get injuries, especially to the feet as they are required to carry the body around and do a lot of work in most types of sporting activities. The number of people that are undertaking these sorts of activities is increasing, so the number of injuries in this population is going to go up because of this. This will have the impact of increasing the demand for podiatrists to help manage these types of problems.

The other key group that podiatrist’s see are children. There are a number of problems in this group that podiatrists treat such as flat foot and gait problems. This group is not necessarily growing, but its not getting any smaller either, so the demand for podiatrists to help manage problems with children is likely to remain relatively the same, especially when compared to the above groups of older people, diabetes and the sporting populations.

There is no doubt that there will be a growing and increased demand for podiatrists in the future and it does appear to be safe career to pursue from that perspective.

Southern Sports Podiatry is a well known foot care centre that is located in Sutherland shire. It is considered as one of the leading foot...

Over the last few years, a large number of podiatry centres are seen to have grown in London. This is on account of the increasing number of...

A number of person is suffering from various diseases. Some of them make adverse effect on your body and you are not to do daily easily...