Some Fascinating Facts About The 3D Printer 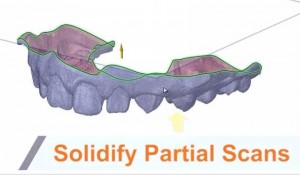 With the increasing popularity of 3D printers, a lot of people are already thinking of what they can possibly produce when they buy one. 3D printing or stereolithography as it is also known is an ideal way of creating prototypes because it is capable of producing extremely accurate and durable objects quickly at a very affordable cost. SLA printers can even create abnormal objects which are usually difficult or stressful to produce with traditional manufacturing methods.

Many industries ranging from the manufacturing field to the medical field are currently using 3D printers to produce things that couldn't have been thought possible in the past. For example, some doctors recently interviewed said they have been able to produce human organs such as the kidney with their printers but are still carrying out more research to see how they can perfect the process. Another example is a car manufacturer who may decide to use 3D printers to produce a prototype casting of a car door handle and other objects that are not too bulky. If the prototype is tested and found perfect, the manufacturers may decide to use the 3D printers as an alternative form of producing those car parts or even as a replacement to their traditional method if it is perceived slower and less efficient than the 3D printing method.

Although industries are at the fore front when it comes to the purchase and use of 3D printing machines, individuals are also fascinated by the capability of the machine and as such want to have one at their homes. The fact that the machine can be purchased at an affordable amount depending on the size is making a lot of people go for it especially hobbyists. With it, some household objects can be produced such as spoons, plates, cups, plastic and others. The first requirement of the individual is to be good with the Computer Aided Design software or get someone who is good at it. Once the design is made on the computer, the next step is to upload the 3D STL file to the printer and fill the tank with the required photo-polymer. Once all these are done, the machine can be switched on and you may either watch it do its job, or go do other things as it is completely automated.

The 3D printing technology is not a new thing; it has been in existence for three decades now but it really wasn't as popular as it is now. It is actually as a result of persistent research and improvements that the machines are now capable of producing almost anything one can think of. It has been recorded that 3D machines printed a gun and even a full house recently; items that no one could have ever thought possible.

In conclusion, 3D printers are relatively easy to use. Once the design has been done with the CAD software, the designer needs to convert the file to 3D STL file format which is the format most 3D printers understand and then, the printer would start printing the object.