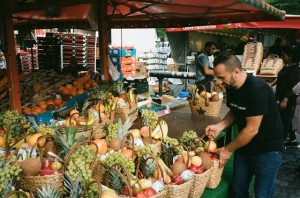 Canada's halal food sector was estimated at $1 billion in 2014, representing just under half of the $2.6 billion Muslims spent on food and beverage, as evaluated by Nourish Food Marketing and the State of the Global Islamic Economy 2015/16. Many companies in Canada are beginning to export or expanding their export capabilities. Exports are now widely regarded as the most effective method in the Canadian halal industry to boost profitability, build strong brand names, expand their capacity for innovation, and reduce risk.

In 2017, exports were expected to be the primary driver of economic development in Canada. When asked to name companies that Export, most individuals would name big organizations with thousands of workers and billions of cash at their disposal to help them enter new markets. These businesses, however, account for just a minor fraction of Canadian commerce: small and medium-sized companies account for 99 percent of all businesses in Canada (SMEs).

Export opportunities for SMEs in Canada:

What's more shocking is that, according to Statistics Canada, there are over a million firms in Canada, but only approximately 40,000 of them are direct exporters. What's stopping them from taking advantage of this opportunity to expand their business by exporting their halal products to a new country? SMEs that want to go worldwide face more challenges than large businesses since they have fewer resources and people.

So, how can SMEs, which make up the backbone of the Canadian economy, benefit from the same global possibilities as their bigger counterparts? With the halal food market poised for significant growth, what opportunities exist for SMEs to enter this market? Canada's Muslims spent an estimated $2.6 billion on food and beverage in 2014, representing 3 percent of total F&B expenditure in the country. This Muslim spending is expected to increase by a Cumulative Annual Growth Rate (CAGR) of 4 per cent through 2020.

The government has recognized that the halal sector is a viable one. In 2014, a bill made it mandatory for all products that claim to be halal to carry the name of the halal food certification body. This is an effective way to bring some degree of accountability to the halal sector. To standardize and provide a reliable and credible certification procedure, The HMA Canada, Halal Food Authority Canada, was formed by CCMT.

HMA Canada is proud to serve the Halal food industry. The first stage in the halal food certification process is to choose a company that meets the needs of the markets to be served. Although several countries have government-approved halal programs, most food-exporting countries have independent certification bodies. When targeting a particular nation, it is best to use an approved organization recognized or accepted in that country.

If the market is more significant, a firm with a global outlook would be desirable, even globally. The HMA Canada monitors the product to ensure quality and halal ingredients. We are with them throughout the process. This is the only way to ensure that the food you are eating is 100% halal.

What Is Halal Food In Islam?

Halal is an Arabic word that describes the eating process of Muslims. Eating halal food is an instruction of Islam. Therefore, for a believer, taking and abstaining from halal food is a very important religious provision. There are several stages in making halal food. In the same way that one has to express one's slavery through prayers, one has to express one's slavery by eating halal food. Muslims can't eat anything if you want to. They need to know first, whether this food is halal for them. The true bondage of a slave will be revealed only by giving up his own interests and not leaving the halal according to the limits given by the Lord. It is an essential part of the religion of Islam.

During the slaughter of an animal, it must be alive and healthy and the blood should be drained. Dead animals are forbidden for Muslims. It is not halal to slaughter an animal in the name of anyone other than Allah. If the slaughterer is a non-Muslim, then that meat is not halal.

Expenditure on halal food was estimated at $1 billion in 2014. The market is poised for growth driven by increasing demand for halal food among Canadian Muslims and an expanding Muslim population, projected to reach 2.7 million by 2030 (6.6 per cent of people) from just over a million currently (2.8 per cent of the population).

According to Trade Map data, Canada is also a modest exporter of halal meat and poultry products to the OIC countries, with export revenues of $47 million in 2014. This is up from $8 million ten years ago, so there is a growth story in progress. Given the quality of Canadian produce, there is undoubtedly an export opportunity for their halal sector. Halal meat and poultry export revenues make up a small portion of overall Agri-food exports to OIC countries.

The Canadian government estimates at over 3 billion for 2010 to 21 key OIC markets. Several domestic food brands are serving the halal market, headquartered in the Greater Toronto Area, home to almost half the Canadian Muslim population and the natural the epicenter of the halal scene. Toronto's halal food feast is an established forum to bring SMEs together and promote the emergence of genuinely international halal brands. The fest attracted over 27,000 visitors in its firstyear and will return for its third year in May 2016.

Demand for Halal Goods among Tourists:

Given the USA's exports of meat and poultry to the OIC of $15.8 billion in 2014, Canadian exporters certainly have opportunities to meet some of this continually rising demand; with a cleaner environment and extensive agricultural land, SMEs exporters could find lucrative niche markets for Canadian produce.

The global halal market size was valued at USD 5.73 trillion in 2016 and is expected