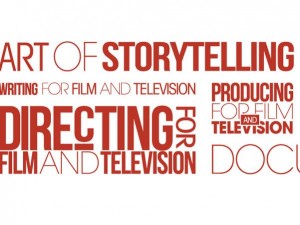 Competition in the job market any job, and any market is incredibly fierce right now. In the film, television, and entertainment industries, it’s even harder to land an entry level position. Where many people with jobs in the business worked their way up in the past, it’s difficult to even get a toe in right now. That’s one reason that those who want to pursue these types of careers should look at getting their graduate degrees. The bachelor’s degree is this generation’s high school diploma: it’s expected and it’s not really a leg up because everyone has one. There are several different masters degrees one can pursue that are helpful in landing a job in the entertainment business.

This degree is for those who have a primarily business oriented interest in the entertainment industry. And this degree can make a big difference for students who are looking to become agents’ assistants, learn how to manage a television program, or take on a management role in the film making business. That’s because industry management has changed a great deal in the last ten even the last five years. A graduate program in the subject that brings students up to date on digital media topics will give them a competitive edge against those who have been in the business for too long and are out of date.

A communications degree is an optimal choice for those who are interested either in journalism or public relations. For the same reason that a masters of entertainment industry management is popular, so is this degree program: up to date knowledge on digital media. Today, communication across the globe can and does happen in the blink of an eye. Industry dinosaurs that don’t understand the threat or opportunities that social networking represents will very soon be replaced. Those who want to replace them should have a firm understanding of their roles, so that they’re ready to take over completely.

A masters of film is helpful for getting almost any job in the entertainment industry. That’s because this comprehensive program takes students through the entire process of making a filmed production, gives them real world experience via internships, and helps them to network effectively by meeting contacts before they graduate. There’s no reason not to get a masters in film, especially if one isn’t sure what career path one wants to purse in the business. From acting to directing to managing performers, a masters in film can be a real advantage in looking for a job. And it’s not just about landing a job more than any other program, a masters in film gives the student a strong understanding of how all of the different roles in the television and movie industry work. They learn about camera work, hiring performers, being a performer, directing, producing, editing, and much, much more. It’s a great choice for an all-around major.

How to get well paid graduate Jobs

Traditionally graduate job has meant a job or career path for which a degree is the required for entry level qualifications. But today it...

With the release of schedule for the top, national level entrance examination like CAT, XAT, and others, students across the nation are in...