The Misunderstanding of Overpronation in Runners 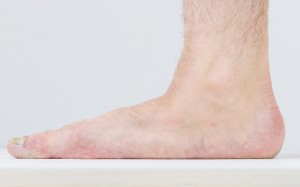 The term overpronation gets a lot of discussion in running and sports medicine communities and there is a considerable amount of confusion and misinformation about it. Pronation is a normal motion in which the ankle rolls inwards and the arch of the foot gets lower. We need that motion for normal function. Overpronation is when there is too much of that motion. The problem is that there is no consensus as to what is normal and what is too much. The reason it is important is that overpronation has been theoretically linked to a whole range of overuse injuries in runners. Given that lack of evidence as to what is normal, the literature can be quite confusing on this. Some studies have shown that overpronation, however you choose to define it, is a risk factor for injury. Other studies have shown that it’s not.

When there is a group of studies on a topic that appear to be contradictory and confusing then researchers like to do systematic reviews and meta-analyses that is supposed to be a careful analysis of all the research without in bias. Only the good studies will be included in the analysis that will weight the quality of the study. If these analyses are done on the issue of overpronation in runners then they usually conclude that, yes, overpronation is a risk factor for injury in runners, but it is only a small risk factor. It is still statistically significant. These results also suggest that there are many other factors than overpronation that are a risk for injury.

This does leave the whole concept controversial with a lot of confusion. Overpronation is a small risk factor for a running injury, but the prescribing of running shoes based on pronation is not supported. This is confusing for clinicians with regards to do how much emphasis do they place on the overpronation when it comes to the treating of a running injury or do they put more emphasis on the other factors. For the running shoe retailers should they continue to sell running shoes based on the pronation paradigm? It is still the most widely used model and runners read about it in their running magazines and they do expect it. Often runners do not care what the scientific evidence says. They just want to get better from their injury and they just want a running shoe that helps then run better and is comfortable. Much more research needs to be done on this and much more education is needed on the concept.

The Misunderstanding Of Breast Enlargement Surgery

Breast enlargement surgery in Singapore is very popular, but many people have some misun

A circumstantial recognition of physical disorder where arches of the foot roll inward or downward when walking is what we frequently term...

Shape Crunch
Is 'Overpronation' in Runners a Problem?

One thing you find in the running community is a lot of myths and misconceptions regarding training, running injury and running shoes. This...