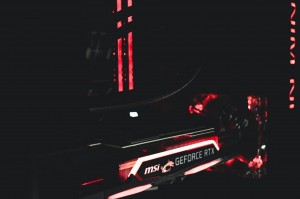 The eSports industry evolved from playing for fun to some of the largest eSports events that offer generous rewards. Click here for more.

What Are The Largest eSports Events In History?

The largest esports events threaten to dethrone some of the most popular sports of today. The eSport industry has seen massive growth in the last couple of decades. Technological progress played a considerable part in setting the course of electronic sports popularity towards the top. Consequently, the industry recorded a huge increase in both revenue and in viewership. Today, esports tournaments are a predominant feature and captivate hundreds of thousands of spectators globally. In the lines that follow, you'll learn everything about the biggest esports tournaments and other such events this industry has ever seen.

The History of eSports

The roots of this industry date back to the early 70s. Even then, it was evident that people have hidden affection towards video gaming. Namely, the first competition was at Stanford University. The event happened on October 19, 1972. The game was called Spacewar, and students gathered to compare their skills in this space combat game.

Eight years later, Space Invaders cast the Spacewar event into the shadows. The interest around the Space Invaders Championship was so big that this competition brought over 10,000 players, making this tournament one of the largest esports events. Consequently, people started to pay more attention to video gaming overall.

There are numerous reasons why the biggest esports events regularly bewitch millions of gaming lovers.

People find it interesting to see how players perform some of the most delicate assignments with lethal precision. Furthermore, esports offers a strategic and quite competitive gaming environment, which is an absolute joy to the fans. In a nutshell, esports presents a symbiosis between technological advancements, talent, competition, and suspense.

You Can Bet on eSports Events

Betting enthusiasts also love esports events for monetary reasons. Compared to some most popular sports, electronic sports are more dynamic. In other words, most esports games last between 15-60 minutes. When it comes to the world's most popular sports, players can wait between 60-90 minutes until they're able to see the end result. There are many dedicated platforms centered around esports betting. Just as an illustrative example, esportsbff.com offers an insight into the best esports betting websites with the most generous rewards.

As previously mentioned, esports tournaments have managed to gain the interest of many players and spectators. The reasons are many. While some of these events offer a one-of-a-kind excitement, others are popular because of their great prize pools. Let's find out more about the biggest esport tournaments.

This is one of the most eminent tournaments in the Mobile Legends esports scene. The last competition was held in Singapore and recorded 3,083,245 spectators. The event saw 12 teams competing for the grand prize - $140,000. The prize pool was set to $300,000. The winner of this competition was the BREN Esports team from the Philippines.

This tournament provides clear evidence of the increased interest in esports. Namely, prior to this championship, there were qualifiers held in the Americas, EMEA, and Asia regions. Together with this Asia tournament, the total number of spectators has reached a staggering 4.5 million viewers. The Asia event alone has seen 2.6 million spectators.

Ever since the first day when it saw the light of day, this game has occupied the attention of many video game fans. It all culminated in 2019 when this game saw more than 250 million registered players in total.

Consequently, all this led to one of the largest esports events. The Fortnite World club recorded 2,334,826 viewers from all over the globe. The prize pool for this event was $30 million.

There was something special about this game. It gradually evolved into one of the most sought-after video features of all time. All of this resulted in players spending more money on skins than ever before.

The LOL World Championship saw more than 4 million viewers from all parts of the world. In the end, it was the Korean Damwon Gaming team who was able to lift the trophy.

This game has become one of the most competitive games ever. People love it as they can play against each other or even team up against others. Consequently, the PUBG Mobile championship became one of the largest esports events. This shooter game competition’s final prize was $2 million. Nova Sports shared $700,000 as a reward for winning this competition.

The 2019 edition of the League of Legends world competition was held in Europe. Although not the largest esports event, this championship still welcomed almost 4 million viewers. The prize pool was around $2 million. This championship consisted of Play-in and Main event with the Group stage and Knockout phase. In the end, it was FunPlus Phoenix who took all the prey.

If anything, this competition is living proof that electronic sports are rising in popularity. Namely, the Free Fire World Series recorded more than 5.4 million viewers. Having this in mind, we can conclude FFWS as the largest esports event ever. In the end, Phoenix Force rose and claimed the $500,000 reward and the world champions title.

As previously mentioned, the esports industry is rapidly growing, and it's difficult to determine its limits. It is interesting to see what the future will bring to this global phenomenon with continuous technological advancement. Are these games able to resist the ravages of time and remain competitive? Or will digital improvement bring some new names on the main stage? At this point, it isn't easy to predict; still, we are glad to enjoy some of the largest esports events at present.

Gets the best basketball betting picks and esports betting predictions?

Sports’ betting is one thing which is gaining momentum in a big way and more and more people are getting attached and addicted to it. There...

[132 Pages Report] The overall esports market is expected to gro

Prashant Vir
How Can an Esports Agency Help Your Brand Break into Esports?

Breaking into any new marketplace for your brand can be a difficult endeavor; you need to go through months of research just to begin to...