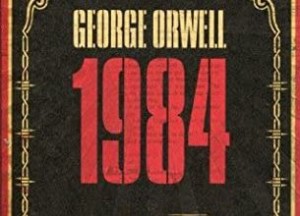 The year of 1984 was packed full of events. Firstly, the year was the title of book written in 1949 by George Orwell. The book is placed in an imaginary future, in 1984 after the world had been subjected to perpetual wars, an intrusive government surveillance and propaganda. Obviously that future did not come to fruition in 1984. However, a lot did happen that year and here is a selection of some of them:

During Super Bowl XVIII in Tampa, Florida on January 22 in which the Los Angeles Raiders defeated the Washington Redskins 38–9 the game’s broadcaster, CBS, ran an iconic advertisement for Apple Computer promoting the Macintosh personal computer. The Macintosh went on sale in the United States two days later.

On January 25, the then USA president, President Reagan announces in his State of the Union Address to both houses that the United States will begin development of a permanently crewed space station and he invited other international space agencies to be involved. The concept eventually became the International Space Station.

On March 16 the station chief of United States Central Intelligence Agency in Beirut, William Francis Buckley, is kidnapped by the Islamic Jihad Organization from his apartment building when he was leaving for work. He underwent 15 months of torture by Hezbollah before his death in captivity.

On April 9, the 56th Academy Awards were held at the Dorothy Chandler Pavilion and hosted by Johnny Carson. Terms of Endearment won best picture. Best actor was won by Robert Duvall for his role in Tender Mercies as Mac Sledge and best actress went to Shirley MacLaine for her role in Terms of Endearment as Aurora Greenway.

On May 8, the Soviet Union announces that it will boycott the Summer Olympics in Los Angeles which were held July 28 to August 12. This was in response to the American led boycott of the 1980 Summer Olympics that were previously held in Moscow over the USSR’s invasion of Afghanistan. One of the more memorable events of these games was the South African runner Zola Budd who had controversially been granted British citizenship earlier in the year to compete, ran barefoot in the 3000m, colliding with Mary Decker of the USA, resulting in neither finishing as medallist in the race.

The worlds worst industrial disaster in history happened on the 3rd of December in Bhopal, Madhya Pradesh, India at a Union Carbide pesticide plant. A methyl isocyanate leak killed more than 8,000 people outright and injures over half a million with the eventual death toll reaching 23 000.

During the year of 1984 in Ethiopia a drought intensifies with nearly a million people dying of starvation by the end of the year. A group of musicians organized by Bob Geldof, Band Aid, records the charity single Do They Know It’s Christmas? in London to raise money to combat this famine in Ethiopia.

With his alleged role in 1984 anti-sikh riots haunting him, senior Congress leader Kamal Nath on Wednesday night gave up charge of Punjab...

Are you also waiting for Wonder Woman 2? If yes, then you are not alone here. There are millions of people excited about the same thing, and...