Understanding the Impacts of Alzheimer's Disease 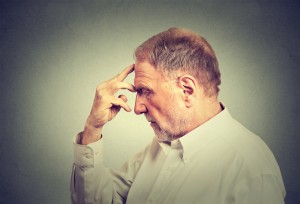 Alzheimer’s disease is the most common form of dementia in the elderly with the risk of getting it doubling every 10 years after age of 65. It is a miserable and relentless neurodegenerative disorder which is characterised by progressive multiple cognitive deficits (such as memory loss and impaired thinking), disorientation as to time and space, a language dysfunction, changes in personality, significant mood changes and an inability to carry out basic daily tasks. It is estimated to affect about 4% of those>85yrs. The cause of Alzheimer’s disease is not clear but is probably related to the increase in the production or accumulation of beta-amyloid protein that can lead to nerve cell death. Some defects in chromosomes have also been found.

The diagnosis of Alzheimer’s disease is difficult in the early stages as the onset is typically insidious. Often some of the subtle early signs of memory loss will get put down to a simple forgetfulness. The earliest features start with a loss of recent memory, especially the forgetfulness of a recent event. At first, the long-term memory may be heightened. They then start to become confused and have problems with judgements such as driving and managing finances. There will be mood swings and changes in personality and a disorientation with regards to time. Later there develops a difficulty with feeding and bathing, and they tend to become suspicious a lot with increased levels of anxiety. They are easily agitated, have delusions, and tend to wander a lot. Of most distress, they have difficulty recognising their own family members. Eventually they will lose speech, lose weight and lose control of bladder and bowel becoming totally dependent on a caregiver.

Once the symptoms of Alzheimer’s disease start to develop treatable causes of other types of dementia need to be ruled out and if they are present they need to be addressed. There needs to be adequate sleep and nutrition and the adoption of a manageable daily routine with structured social and physical activities. Interventions regarding the management of their finances and ability to drive will need to be addressed. The environment needs to be checked for safety, such as locks on doors and grab bars by the shower. Mentally stimulating activities should be provided as much as is feasible. There are some pharmacological interventions that can be used to perhaps slow down the progress of the disease. There are also plenty of potential drug treatments that are being investigated.

Support of the primary caregiver and family of those with Alzheimer’s disease is important. They need to be realistic about the nature of the illness, its progression and plan accordingly. Caregivers need to care for themselves and seek respite care from time-to-time. There are plenty of support groups for the carers of those with Alzheimer’s disease whose support must be sort to get help and get the sort of information that is needed. This will not only reduce the burden on those doing the caring, but increases the quality of life of the patient and the caregiver.

You have an error in your SQL syntax; check the manual that corresponds to your MySQL server version for the right syntax to use near 's memory loss') >= 2 )AND (i.`status`=2) ' at line 6
© 2004-2022 Abilogic.com Business Web Directory. All Rights Reserved.