Denying Germ Theory is a Thing 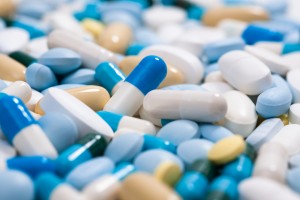 The germ theory of disease is based on the idea that microorganisms can infect humans and can cause infectious diseases. These micro-organisms are ‘germs’ like bacteria, fungi and viruses. The theory can be traced back to Louis Pasteur who was the first to show that with his experiments that diseases could be prevented by stopping germs through cleaning. Later Robert Koch developed his criteria which became known as Koch’s postulates which were used to demonstrate that a disease is caused by a particular organism. While these postulates were useful at the time it soon was obvious that some infectious agents were responsible for causing a particular disease, they did not fulfill all of the Koch’s postulates. This was because that many people can be asymptomatic carriers of the infection and not show signs of the disease. It also became clear that not everyone exposed to the microorganism developed the disease. Koch’s criteria also required that the microorganism be grown in a culture and there are some types of infectious agents that can not be grown in a laboratory. There has been a massive increase in the understanding of infectious diseases and microorganisms since that time. There is well over 100 years of plenty of research that includes experimental studies and observational studies as well as the clinical evidence from the treatment of people with infectious diseases that backs up this approach to infectious diseases. Not to mention the significantly overwhelming expert opinion that supports the germ theory of disease.

The main belief of those that deny germ theory is that the belief is that Koch’s postulates are wrong which they are and have many shortcomings that the science has moved on from and explained. They do however believe that the germs do not cause the disease, but that the germs get attracted to the environment of the diseased tissue. This means that they believe the presence of the microorganisms is the result of and not the cause of the disease. They believe that a good diet and healthy living will keep people healthy as their immune systems will be very effective. They do not believe in drugs to treat infections nor vaccines to prevent them as doing so would acknowledge that the germ theory of disease is right.

One thing that is widely noted is that not one person who denies germ theory is to say, drink a cocktail of infectious microorganisms to prove that they do not develop the disease. If they truly do believe that germs do not cause the disease, then they should have no problem doing that. Infection control procedures in hospitals and sterile techniques used during surgeries are also based on preventing the spread of the germs that cause disease. Do the germ theory denialists think that these techniques should not be used? Do they want surgery done on them without a sterile technique being used? They are being quite ludicrous in their claims.

Stay healthy and germ free by using promotional wipes at most of the places!

Attempting to keep your own particular health focus completely cleanliness is truly a continuous effort, since when some person utilizes a...

Let’s face it, no matter how well we know about the essence of the theory driving test most of us tend to ignore it. The night before the...

No matter how confident you are about clearing the DVSA (or Driver and Vehicle Standards Agency) driving theory questions, you should...