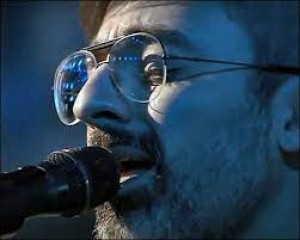 Popular singer and composer David Todua has released a new album after participating in show the Voice. The album is a collection of cover versions that the music group The Bohemians performed in honor of the musicians by whom they got inspired.

It was recorded during the first lockdown when the singer also got covid.

He performs world classic songs with his deep, velvety voice accompanied by unobtrusive and refined music. David involved the entire band in the creation of the album.

But before talking, in fact, about the album, you need to understand who David Todua is. Without this understanding, it is impossible to grasp the essence of the new album.

The evolution of a singer: from an amateur to a professional musician

David Todua started singing rock music in Queen's musical We Will Rock You, in which he got the main role. After closing the musical, David Todua together with Queen’s fan club in Russia founded the ban The Bohemians. Since then performing Queen songs has become a trademark of the musical group.

In addition, he improved his vocal skills at Moscow College of Improvisational Music. Although, due to a busy schedule he never managed to finish college and get a professional education. This did not stop him from writing songs for our and foreign pop stars.

His creative evolution and personal growth gradually led him precisely to writing such an album. His performances became more and more mature, and his approach to the selection of texts more and more demanding.

Having heard from David about the idea of??such an album, the whole group was delighted to start working in the music studio Milton Group. According to David he can fully open up in music and feel inner freedom. Music should follow the song, creating a special atmosphere and in no way interfering.

David compares his approach to creating music for the album to an approach of building a house, where the words of a song are put together brick by brick. He sent music he created to critics, who were delighted with each strict and laconic track.

In an interview dedicated to the release of the album, David Todua says that he put all his heart into this album and hopes that the listeners will like it the way he likes it.

Creation of the own music studio Milton Group

The staff of the studio Milton Group worked on the cover of the album. Thanks to them there was nothing superfluous in its design, everything is quite elegant and refined, like all the works of David Todua.

Milton Group is a platform for the implementation of the most creative ideas. Various cultural events are held regularly here. In the studio Milton Group everyone can reveal their full potential. After all, the studio takes care of all the organizational issues, allowing clients to concentrate on creativity.

The singer has created a music studio not only for his own needs, but everyone can contact Milton Group. Here customers will receive a full package of services for video and sound production. Musicians of the studio have an impeccable reputation for excellent work and high-quality performance of the tasks assigned to them. The studio Milton Group is a real catch for connoisseurs of quality music.

Rock musicians rarely know how to make truly soulful music that touches the soul. Many people are afraid, while performing soulful songs, not to fall into the right emotional tonality and slide into either excessive pathos or outright vulgarity.

David Todua is accompanied by original and at the same time completely unobtrusive music. It relieves his singing of the dull monotony and gives him a charming, mesmerizing musicality. This musical style is common for all the works of David Todua.

Even a listener who does not know English admire the magic of music and voice. And those who know the language can understand the subtleties and nuances of the words of the song.

David Todua is a composer and singer who performs masterfully soulful and emotional songs. The fact that he is succeeding, is evidenced by the release of a new album during the pandemic. We expect even more achievements from the favorite performer!

1888 PressRelease - Nitzsche explains in his blog why it's beneficial for companies to nurture their relationships with suppliers, treating...

Though the world started to become fans of David Sylvain's voice and awesome composing of Japan's band at late 70s, but David Sylvain got...

As an artist, Sylvain has a shadow that has stretched across 30 years of music history; his immaculately written lyrics have provided...