Rafael Nadal and Müller-Weiss Syndrome of the Foot 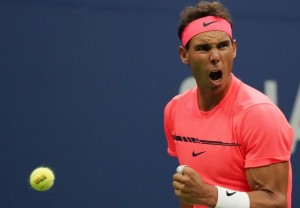 In January 2022, the tennis player from Spain, Rafael Nadal became the first player to win 21 grand slam tournaments by winning the Australian Open. He was 2 sets down to Daniil Medvedev from Russia in the final and fought back to win 5 sets to 2. What was so remarkable about this is that he had a serious foot injury resulting in a four month lay off from tennis the year before and also the two weeks before he arrived in Australia for the Open he was unwell with an infectious disease for two weeks.

The foot injury that Nadal has was a condition known as Müller-Weiss Syndrome or disease. This is a reasonably uncommon spontaneous necrosis or lack of blood supply to the navicular bone in foot. It was first described back in 1927 and is occasionally referred to as Brailsford Disease. The cause of this problem is not really known as it is not clear just what does block the blood supply to different areas of the bone. The navicular bone is an important part of the top of the arch of the foot and it is subjected to lot of pressure, especially in sports like tennis. Women are more likely to be affected than men.

The symptoms of this condition usually start out as a mild ache in the midfoot that gets progressively worse over time if treatment is not started. A health professional will often locate the pain to the area of the navicular bone. There are some quite specific changes to the navicular bone on x-ray that include changes to the density and shape of the bone. The appearance on x-ray is often used to classify the stage of the condition.

The first approach to the treatment is to rest so that the pressure is taken off the bone. Alternative activities such as swimming and cycling can be used instead of weightbearing activities. Weightbearing exercises can slowly be added as the symptoms improve. Foot orthotics are often used early to support the arch of the foot and reduce the load on the bones that support the arch of the foot. If the pain is particular bad, then a walking brace may need to be used to reduce even more the load on the arch of the foot. As the symptoms improve, the foot orthotics should be used for the long term to keep those loads lower. If these approaches do not help then there are some surgical options if the pain is severe. There are a number of different surgical techniques that have been used such as drilling of the bone, excision of the fragments of the bone and a fusion of the joints around the bone. There is no ‘gold standard’ approach to the surgery and the results of each approach is often mixed which is why a good trial of the conservative approaches are needed before considering surgery. As Rafael Nadal’s case of Müller-Weiss Syndrome shows that the prognosis of the condition can be good if caught early and proper treatment implemented.

In the demographics of visits to Sardinia, honeymoons are becoming increasingly popular. Perhaps it is the emerald waters that line the...

Sunday in Monte Carlo reminded me of the film Groundhog Day. We have Monte Carlo, the first big event of the Euro clay court swing, a packed...

When you are dealing with rodents, so it is time to call in a professional. Sometimes you remove them yourself. However, there may be signs...