How did anatomy terminology evolve? 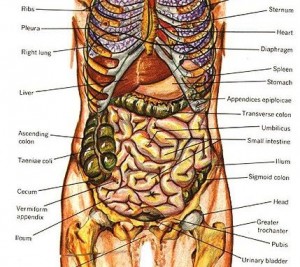 The Terminologia Anatomica was originally released in 1988 after a lengthy consultative process by two international organizations, the Federative Committee on Anatomical Terminology (FCAT) and the International Federation of Associations of Anatomists (IFAA). There was previous a standard that this superseded was called the Nomina Anatomica (which was published in its 6th edition in 1989, but it never to seemed to gain wide acceptance). Originally Terminologia Anatomica was published and could be purchased as a hard copy, but it is now available for free online from the Federative International Programme on Anatomical Terminologies (FIPAT) which is the organisation that was a successor of FCAT.

Those involved in all the different disciplines involving anatomy are strongly encouraged to use this standard terminology to avoid confusion and to enhance cross-discipline and international communications related to anatomical structures. In practice while this does appear to be happening, there is still some way to go. For example a commonly used term in podiatry and anatomy teaching is the what is known as the ‘fibular notch’, which the Terminologia Anatomica consensus recommends should be called the ‘incisura fibularis tibiae’. Even then, those who use the terms still prefer to use just the ‘Incisura Fibularis

To its credit, the insurance industry has worked hard over the past 10-20 years to de-jargonise itself - but perhaps not with 100% success...

A prototype printed circuit board or a prototype PCB is actually a board or plate that is used for the purpose of placing different elements...

Prior to any individual endeavours to remember some medicinal terms, it is basic that he/she ought to take in the central course of action...