The Health Claims for the Gravity Defyer Shoes 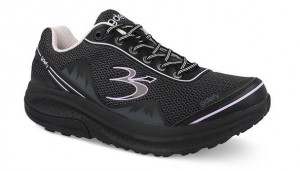 Gravity Defyer are a footwear company that launched shoes in 2008 that had a spring embedded in the heel to help increase shock absorption. Gravity Defyer sells a wide range of athletic shoes, casual shoes, dress shoes, boots, hiking shoes and sandals for both men and women that are on the expensive side. They call their innovative spring shock absorbing system design, Versoshock which is patented. They further claim that it is clinically shown to relieve knee pain, based on a 2017 double-blind study by Olive View UCLA Medical Center. Those who were unknowingly given shoes equipped with VersoShock Technology experienced 85% less knee pain. Based on these results and anecdotes, Gravity Defyer have made a number of health claims for their products.

Unfortunately for Gravity Defyer the actual evidence that supports the health claims that they are making is not very strong or non-existent. For that reason, the Federal Trade Commission (FTC) required the company to undertake changes in the way that they promote and advertise the footwear. According to the FTC the company was not compliant with the undertaking, so they have now filed a lawsuit against the company for making health claims about their shoes that are not supported by the research evidence. The company have said that they are compliant and that their claims about their shoes are supported by the evidence. The FTC have said that the claims made by Gravity Defyer are overstated and they are making claims that are beyond what the evidence actually says.

Gravity Defyer had previously courted some controversy as their original logo on the shoes was designed like a sperm. The company used that logo to imply that using their shoes could result in new life and the sperm logo represents the seed of a new life. They did put out a press release defending the use of that as their logo, but it did subject them to a lot of jokes and ridicule. Many experts in advertising and design were also critical of this. They finally changed the logo in 2015 without any announcement.

The Federal Trade Commission has a history of taking action against footwear companies and it extracted substantial multi-million dollar fines from a number of manufacturers of the so-called toning shoe manufacturers about 10 years ago. They made many health claims for their shoes from correcting postural problems to toning up the butt. There was never any evidence for any of the claims that those companies made. Several of these companies also faced class-action lawsuits from consumers over their health claims. The Vibram Five Finger shoe company also settles a class action lawsuit over claims for their running shoes and health. The difference in these cases and the Gravity Defyer one is that there is some evidence to support the claims that they are making. The issue in the lawsuit is if the results of the evidence have been interpreted correctly by the company and the strength of that evidence to support the extent and strength of the claims made by the company.

This piece of writing concentrates on five of the most common sorts of workplace accidents.1. Wet Floor AccidentIn any place of work, it can...

It is evident that sleeping in zero gravity position using adjustable beds is an extremely good choice to ensure long term health benefits...