What are the disadvantages of having a tattoo in the modern world? 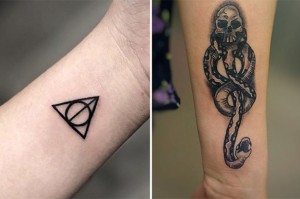 Tattoos have become a significant part of the youth culture in the recent times. There is a lot of change in the culture and tattoos are one of the major ones. The younger generations tend to enhance their looks with tattoos and other body modifications. There is a vast array of cons with tattoos even today with the world developing so much. Tattoos were taken as a prison culture during the mid-1900s, and the prejudice still exists even today in the subconscious of the general populace. You may be judged out of the fact that you have tattoos on your body and you may also miss out on job opportunities due to it.

Disadvantages of having Tattoos

These are the various ways that tattoos can be disadvantageous to you. Tattoos have become a mass culture, but it still brings in the prejudice along with it. People today however really don't care because the younger generation knows that the people who judge are not going to be in power for a very long time now. The younger tattooed people can ignore the prejudice and the judgmental attitude and will get the tattoos anyway.

Rahul Kanthale
Everything you need to know before buying Tattoo Machines

Tattoos transform the body into an art of work. They help the person tell a story and manifest identities with ease! It is for the same...

Shailesh Gajjar
Like it; Ink It: Tips on choosing the Best Tattoo Inks for you

The business of tattoos is very serious. From honing your skills to choosing the best tattoo equipment, tattoo artists need to bring their...