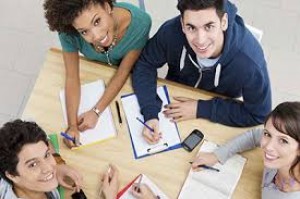 The medicine industry has been on the growth as far as technology world is concerned. An essential part of 3D printers is the power of presenting an object image in a manner that an analyst in this cases the doctors and researchers interprets the graphical representation easily and conveniently. It takes to focus on the quality of the of the output prints. 3D printers are manufactured by the application of the additive processes. An additive process is a method applied by the 3D printing for the rapid, flexible and efficient development and production of technical part/ prototype and tooling, established layer by layer with a direct extraction from a CAD model. The additive fabrication process is then the mode of joining different materials to generate objects that use the 3D model data. Therefore, 3D printing is a process of generating three-dimensional objects with the extraction of data from a digital file. It applies the additive techniques that get an object created by the laying down of the successive layers of the digital data file information until an entire 3D object is created. The layers that are layered down can easily be seen as a thin sliced object with a horizontal cross section presentation. The medical industry has been challenged with the production of images of the human body parts and upon representing research information. The scanned parts did not display well the detective parts of all the sides of the parts. A 3D printer comes as a reliever to the medicine industry as they take research and any prints of human body part scans, they can represent the parts in very precise directive shape.

The history of the 3D printers is outlined according to the technology of development about printers application in the medicine industry. The previous manufacturing and generating of exact shapes according to the image that has a high precision applied the subtractive techniques of manufacturing. The functioning of the machines was subtractive that they followed a sequence of generating shapes. The sequence of steps includes the filing and turning that goes through the milling and grinding.

The 3D printing inception can be traced from 1976 to the invention of the inkjet printers. It was until 1984 when the 3D printers were invented by Charles Hull as the co-founder of 3D systems. He invented the stereolithography (SLA) which a kind of additive technology that by the time created models, prototypes, patterns and other parts in a layer by layer mode that applied photopolymerization. In 1991, the 3D technology had improved with Stratasys producing a fused deposition modeling (FDM) machine. FDM is an additive manufacturing technique that used plastic and extruder to enable the deposition of layers onto a print bed. By 1992, the 3D systems developed evolved to the production of the first SLA 3D printer. The same 1992 another 3D printer was developed by the DTM by applying the selective laser sintering (SLS) technique. The SLS technique used the power in laser rather than a liquid. In 1994, a 3D model maker’s wax printer was released followed with the invention of laser additive process by Aero met in 1997. By then, it was until 1999 when scientists were able to grow organs from patient’s cell under the support of scaffold printed by a 3D printer (AVPLASTICS, n.d). The table below described the release of the respective 3D printers according to the capabilities, technology, and print outs.

3D printer produce its own parts

Figure 1. Shows Human kidney medical diagram with a cross section of the inner organ with red and blue Retrieved February 18, 2016, from http://thumb7.shutterstock.com/display_pic_with_logo/540784/102192061/stock-photo-human-kidney-medical-diagram-with-a-cross-se

Present state and future ramifications of 3D printers in medicine

Currently, the 3D printing industry is seen as still in it’s early stages of development with the still doubt from different industry applications. The technology applied is regarded as effective and productive and according to the application of the printers, the Consumer Electronics Association (CEA), released a report that noted that 3D printing is among the five technology trends to go. The technology is widely applied because of the unique applications which define the future of the of the 3D printers application. The future of the industry is foreseen to grow faster as the cost of acquisition will be affordable as well as the required skills will be distributed worldwide. Many industries will move by the technology to measure and benefit from the impacts the 3D printers gets to consumers. The medicine industry will enhance the services better since with the current use, the services and research in the medicine industry have been boosted.

The pros and constraints of 3D printers

The 3D printing merits and demerits can be generalized since basing on the new technologies they are seldom understood. 3D printing has been an improvement on the speed of generating models by enabling the easy move from a mere design to an actual object prototype. The 3D printers have impacted positively to the medical section by allowing the easy customization of the human body parts, tissues, and organs. The doctors apply the 3D printers to design easily, build and have a replacement of critical body organs. The building is made easier since it applies the unique characters of the patient and the DNA. Thus, the printers enhance the organ transplant process in human. The effective birth control is achieved by the customization of the devices as some women cannot use some medical devices possible because of the size limitations of the uterus.

The 3D printers are just the mention of the 3D systems which are impacting positively to the world technology and provision of solutions to critical issues faster and diligently. However, the technology is still expensive despite the best deliveries it gives the medical industry and other related industries. It requires the measure of the capabilities and allows the provision of the systems that are easily affordable for the easy integration into the world.

Greenberg, R. (2014). The Mixed Benefits of 3D Printing for Manufactures and consumers.

Kuneinen, E. (2012). Current State And Future Predictions for the Growth of the 3D Printing Industry. Retrieved from http://3dprintingindustry.com/2012/10/18/current-state-and-future-predictions-for-the-growth-of-the-3d-printing-industry/

Sherry Roberts is the author of this paper. A senior editor at MeldaResearch.Com in best custom research papers if you need a similar paper you can place your order for custom college essay services.

How to set HP envy 5540 for the first timeStep 1: Unpack the printer• Remove the printer from the attack, by the time mentioned abolish...

The HP full feature driver on the code disc or downloaded from the HP website uses a target-hunting installer to line up your printer for a...