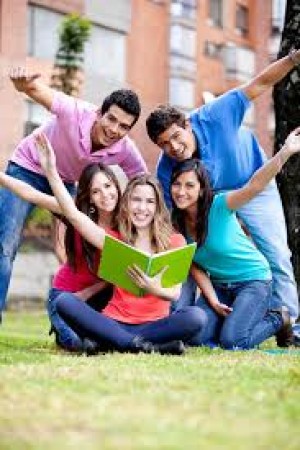 The oil market is normally oligopoly since the industry normally has a few firms although the large proportion of the output in the industry shared among a few firms. Oil is one of the commodities heavily traded in the entire world. The oil demand, on the other hand, normally prices inelastic as a result of the versatility in its uses. The fluctuations in the oil prices play a significant role in the impacts for the oil exporters/producers as well as the fact that most of the nations around the world are dependent on oil being their chief energy source.

Saudi Arabia is among the most rapidly growing nations in the greater Middle East regions. The development of the country’s oil sector is the main attribute that has been making it possible for the major improvement of the county’s position in the context of the international community. The evident increase energy needs in the world have contributed to the rapid development of the nations that have major oil productions, with Saudi Arabia the main country. The economy of Saudi Arabia is heavily dependent upon their oil industries. The ministry of petroleum, as well as mineral resources, offers the estimation that more than 90% of the expert in the country are normally from the proceeds of the oil export (Fattouh 2013). The export of oils into the world markets contributes more than 40% of the country’s GDP. Additionally the common assertion is that Saudi Arabia is world’s second largest producer of crude oil as well as an exporter.

For decades, the Saudi Arabian economic development has been dependent on their strong success in the oil industry. The country is world’s largest producer as well as exporter of the petroleum products and at the same time is a second largest producer of crude oil after Russia. Their economy is also dependent on the oil as well as the oil related industries encompassing the refinery of petroleum as well as petrochemicals. At the same time, Saudi Arabia is the biggest consumer of energy in the Middle East countries mainly as a result of their growing population as well as the large-scale development projects they are undertaking (Aissaoui 2013). The large government subsidies on fuel as well as the historically high prices of oil are the main causes that have been stimulating domestic consumption.

Considering the country’s high levels of production, it accounts for approximately 13% of world’s oil output and consequently almost 35% of the overall OPEC annual oil productions. The country has become a major determinant of the world oil demand as well as supply implying that the country’s oil production policies cold have a far-reaching effect on international oil prices (Naimi, 2012). From the 1970s, Saudi Arabia has been using their dominance to influence the prices of oil and consequently further their objectives in the sustenance of the long-term oil consumption. Additionally they have been using their dominance to promote their economic stability in the context of the industrialized world.

Research indicates that Saudi Arabia possesses approximately 266 billion of oil reserves that have already proven which accounts for 16% of all the proved oil reserves in the world. Even though the country has approximately 100 main oil as well as gas fields, over 8 of their fields are normally located in the country’s northeast portion (Fattouh and van der Linde 2011). The giant Ghawar oil field is the world’s biggest field in the context of production as well as overall remaining reserves.

Saudi Aramco is the firm that operates the world’s biggest oil processing facility in addition to a crude oil stabilization plant. It additionally possesses a crude oil processing capacity of over 7 million bbl/d. The efforts by Saudi Arabia to maintain their leading position in the international oil market has been the foundation of their economic policies from the beginning of the 1990s. Although the country has been making attempts aimed at diversifying their economy, the development of a self-propagating mo oil sector has been a very difficult task for the Saudi planners (Naimi, 2012). The government none the less has been able to offer above-average living standards for its citizens as well as the development of a world-class infrastructure basis as well as the social services. However, the sustenance of these living standards, however, is greatly dependent chiefly on the spending of the government which relies on the revenues from its oil industries. In this case, it is not possible for the Saudi Arabian government to neglect their oil industry as it has proven to be their chief economic engine.

The development of the oil industry is additionally a significant attribute in the promotion of the domestic political stability. In the early production days, it was evident that there was going to be the reduction in the Russia as well as from the other OPEC countries. Consequently, the country realized an opportunity to develop their disproportionate share of the net increment in the crude oil demand over the following years. With the objective of realizing their endeavor, the country focused on expanding their oil industry and consequently augments their production capacities. Also, the country embarked on the plans for upgrading their refineries with the objective of meeting the contemporary environmental standards in the west as well as their growing domestic demand.

The oil production in Saudi Arabia negatively correlated with those of other OPEC producing nations and consequently has been highly volatile although the country has not experienced any political shocks. Saudi Arabia sets its oil output in the anticipation that there is going to be the reaction of the fringe as well as maximize their profits relying on the residual demand (Naimi, 2012). The additional evident that is available from the various literature is that Saudi does not vary the output of their oil industries about the demand changes in the international markets. Instead of Saudi acting as the dominant oil producer, the country adopts a tit for tat strategy in punishing their members who produce beyond their quotas while at the same time rewarding those who normally comply.

If Saudi can earn more than Cournot, they are going to tolerate the evident deviations from the quotas and in the other cases acting as the swing producer to be able to earn the excess profits. The actuality that Saudi Arabia’s oil policy that can cause the change in the oil industry will end up making the markets to second guess and addition shape the expectations of the market. Additionally they will continue to possess the ability to influence the prices of oil in the international market.

Sherry Roberts is the author of this paper. A senior editor at MeldaResearch.Com in assignment writing services if you need a similar paper you can place your order from essay writing services.

Introduction The vending machines are popping up everywhere in Saudi Arabia especially about the fast foods joints. The fact that they...

Saudi Arabia seems like such a far-off and foreign place. This is usually because we hear many things about the country, but never take time...

Betty White
How Do I Get Saudi Arabia Visa for Indians?

Saudi Arabia Visa for IndiansKnown to the world for their vast oil and gas reserves, the Kingdom of Saudi Arabia is also home to one of the...