Everything you need to know before moving to Saudi Arabia 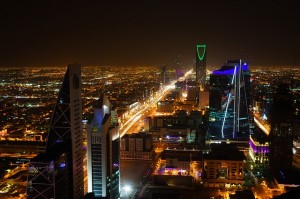 Saudi Arabia seems like such a far-off and foreign place. This is usually because we hear many things about the country, but never take time to actually get to know it. So, before moving to Saudi Arabia, either for a job or any other reason, you might feel frightened. This is completely normal - you don't know what will be awaiting you there. However, one of the first, and smartest, steps you can take is to start learning about the country and its culture. This is why today, we give you some must-know things you should be aware of before visiting Saudi Arabia or moving to the country.

Get a visa before moving to Saudi Arabia

Just like in many other countries in the world, you will need to have the proper paperwork in order to visit Saudi Arabia. In this case, this means having a valid passport and getting a visa. You can do this by starting the visa process. Along with your passport (which needs to be either valid for at least six months, or for the period in which you are staying there - the longer period counts). You also need to have two blank pages in your passport facing each other. This is where your visa will be. Finally, you need someone to sponsor you for your stay in Saudi Arabia.

You should also leave your second passport back home before moving to Saudi Arabia. The Kingdom doesn't recognize dual citizenships, and people have had their passports taken away if they carried two at a time. This experience, however, varies from person to person.

Along with getting a sponsor, you need to decide what type of visa you will be applying to. For example, a Business Visa applies to those coming to Saudi Arabia for a short business visit. This includes representing your company or sales, acting as an investor, etc. If you want to work in the Kingdom, then you will need Employment Visa. These, as well as others, have their own sets of rules and regulations that are worth exploring at the nearest Saudi Embassy or Consulate.

Learn about religion before your move

Religion plays an important role in the country, and it is something you will need to learn about before moving to Saudi Arabia. Even though the Kingdom of Saudi Arabia was founded in 1932, its history and culture span centuries. The country prides itself as being a birthplace of Islam, and the religion has an influence in both the private and public sectors of the population.

This is why the ulema, a body of religious leaders and legal scholars, reaches into the country's government. The religious police, mutaween (or the Committee for the Promotion of Virtue and the Prevention of Vice), can target both foreigners and non-Muslim people, in order to ensure the decency in the public.

Because of all this, you will need to learn rules which to abide before moving to Saudi Arabia. Even though the people are fairly hospitable here, they will not tolerate you going against the teaching of Quran. So, before you decide to apply for a job here, study different rules and practices they respect and obey. If you believe you cannot respect the rules expected from you, then a smart idea would be to look into another country to settle. This can also influence where in Saudi Arabia you would live. Riyadh is the seat of Islamic culture, while Jeddah might be a bit less intense.

So what are some of the rules you need to be aware of? Well, the first thing that you will notice is that gender segregation is quite common in the majority of public places. Women also have many restrictions on their freedom of both movement and expression. However, in 2015, the gained the right to vote and run in municipal elections, which can be seen as a hope that this gender gap will decrease further in the future.

You should also refrain from drinking alcohol in public places or dressing indecently - according to the locals. You should also avoid openly practicing any religion that is not Islam. When it comes to the laws, you are not allowed to import or consume drug, alcohol or pork meat. Think about these carefully before moving to Saudi Arabia.

Culture shock is not the only thing you need to consider

The difference in religion and in some laws are not the only things you will need to think about before moving to Saudi Arabia. As you probably already know, the geographical position of the country will bring forward a completely new climate for a lot of people moving here. In some parts of the country, the temperature can climb as high as 122 degrees Fahrenheit during the summer. If you are moving to the Kingdom from a colder place, then this might have an effect on your health.

The fact that there is almost no rainfall year long doesn't really help either. The most of the Arabian Peninsula is deserts or semi-desert shrublands, and just the Asir region has a monsoon season because of the Indian Ocean.

Whatever you might think about the country, Saudi Arabia still has an important economic influence in the world. It is the biggest economy in the Middle East, thanks to countless expats moving here. What this also means is that you will never be alone - there are around 10 million people just like you living there. This makes up 33% of the countries population, so every third person you meet will be an expat.

Finally, before moving to Saudi Arabia, you should also think about getting professional movers to help you. Good movers can help you with the move, while the bad ones will only make it difficult. This is why you should visit fourwinds-ksa.com to find out about the best movers in the region. Good luck!

My name is Betty and I have been writing expert articles in relation to the moving industry for the last couple of years. Besides this specific area, I am also experienced in other spheres pertaining to the concept of relocation.

Introduction The vending machines are popping up everywhere in Saudi Arabia especially about the fast foods joints. The fact that they...

Introduction The oil market is normally oligopoly since the industry normally has a few firms although the large proportion of the output in...

Janet Peter
How Do I Get Saudi Arabia Visa for Indians?

Saudi Arabia Visa for IndiansKnown to the world for their vast oil and gas reserves, the Kingdom of Saudi Arabia is also home to one of the...