Fear of Animals and Snakes 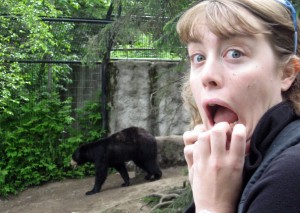 Fearing animals such as dogs is quite understandable, but at times you might meet individuals who fear all animals. Such fear is referred to as Zoophobia, the type of phobia that causes fear of animals. If a child was bullied by a dog while around five years of age, then it might lead to him or her fearing such animals even as an adult. Here are some of the concepts that might lead to an individual developing a phobia of all animals. The first concept is if the person has had bad experiences in the past with certain animals. This happens for example when an individual has been hurt before by a certain animal while still a child. Bad experiences in the past are the causes of phobias.

An animal phobia is also caused by overgeneralization. Overgeneralization is a poor way of thinking which leads to individuals making general beliefs about a situation due to just one event that happened to them. This is indeed one negative way of thinking that leads to people affected having incorrect beliefs. Therefore, if one is attacked by a certain animal and later thinks that all animals are dangerous is very wrong and might lead to zoophobia. Overgeneralization may make a child fear all animals belonging to the same category even if he or she was attacked by just one of the animals. However, this fear can be treated through various ways such as learning the source of the phobia, stop overgeneralizing and also try to interact with some of the animals that have scared you before.

Fear of snakes is another phobia that a lot of people have even though they have never come across one. Research shows that over half of grown-ups in the whole world have a certain fear about snakes and not too many people are comfortable around them. People who are extremely afraid about snakes are said to suffer from Ophidiophobia. These are indeed people who may lose sleep at night if they think about snakes or cannot even look at their pictures. For years and years, snakes have been a major symbol of destruction and death and are also recognized for their trickery and cunningness.

However, fear of snakes maybe caused by how one is nurtured. Children may be taught that snakes are evil and dangerous which may lead them to believe this forever. Ophidiophobia is a learned behavior and research done by the Association of Psychological Science showed that infants were scared of snake's pictures and videos when compared to other animals such as elephants. For many years, it has been believed that human beings are born with an inner fear of various animals such as spiders, rats and snakes. However, just like other animals humans are also biologically programmed to have a panic of predators. People fear snakes a lot because they are believed to carry dangerous poison and also due to the bad experiences that our ancestors may have had with them in the past.

Raise your hand if a snake has nearly victimized you. If you’re anything like me than this happens nearly every-time you mow the lawn after...

Snakes can become a nuisance wildlife species in some areas and they can make most people apprehensive especially when you think that some...

"Don’t let your fear define the path your choose"Fear is something that God hasn't built inside us. We bought fear inside us.But do you...