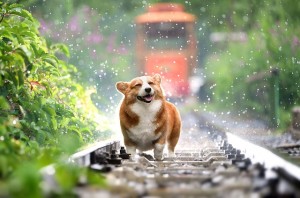 When someone decides to move, there's an entire host of different factors to take into consideration. This ranges from the looming big-picture stuff, like your personal finances, to small details. Furthermore, this is a fact that rings true regardless of where you're going; to a new town, or to another country. And if it's the latter - you'll have even more things to plan out. For example, if you're going to move to China, you'll want to know about the most pet-friendly cities in China, in case you're moving with your pets. And don't worry - we've got all the info right here!

The Best Cities for Owning a Pet

We'll delve into the difference between Chinese views on pet ownership and our traditional Western approach below. But before that, we should disclose what the most pet-friendly cities in China are. Not surprisingly, you'll need some coordination when trying to move with your pet. On the other hand, regardless of whether you have a fuzzy rabbit, a cat or a dog, you probably couldn't imagine relocating to China and not bringing them along. So, with that in mind, we recommend moving to:

You'll find these to be the most open-minded places regarding pet ownership, because they're also large industrial and commercial centers. As such, they're most in tune with a cosmopolitan view towards owning and maintaining pets. And as you'll see, that's important - because there are a couple of bureaucratic issues that come with having a pet in China.

Let's face it - wherever you're going to live, you should expect to have some regulations there regarding your pets. But you should know that, unlike some Western countries, China can actually be quite strict in terms of rules for pet ownership. First of all, there are myriad regulations that owners of dogs and cats have to stay in compliance with. For example, dog owners need to register their pets with the government and obtain the proper license for it.

And that's because you'll see some limitations that don't exist in other countries. For example, even though Shanghai and Beijing are one of the most pet-friendly cities in China, they still have prohibitive rules. If you're moving to some of their central districts, for example, you can't own a dog that is more than 35 centimeters tall. Obviously, though, this is something that varies from city to city, and from district to district; it's not a nationwide policy, and entirely dependent on the local municipalities. That's why you should familiarize yourself with such rules before relocating. If you want to be on the safe side, get in touch with the city administration.

Also, your dogs will need to receive their vaccination against rabies. Take care with this, as Chinese authorities take the matter of public health very seriously; at least in terms of pet vaccinations. That's why we recommend getting a distemper (DHPPi) for canine vaccination. More specifically, if you intend on owning a pet in Beijing, you'll need some additional medical documentation.

For example, once the vaccination is done, you'll need what is colloquially referred to as a вЂvaccination red book' - a government-issued immunity and health certificate. That's why you should make sure to visit a legal, and licensed PRC veterinarian. They'll be working in a government-run hospital for animals, where you should also do the vaccination. Only they will issue a valid vaccination red book. And you need that, as the only proof that your furry buddy has gotten all of his or her vaccines.

On the other hand, the regulations regarding pet ownership aren't nearly as strict. For example, cat owners don't need any kind of license or registration to own cats legally in China. But still, they do need to have their cats vaccinated against rabies. And in this situation, the government authorities also recommend giving them an additional vaccine that combats feline distemper. As with dogs, you'll need a vaccination red book to prove that your pets have received all of their shots.

Early on, dogs were domesticated in the Asian countries. However, they didn't have the status of pets; at least not in the Western sense that we imagine when we say the word вЂpet'. In fact, many Emperors of China trained hunting dogs, and later on, they were utilized as animals for agricultural work. Mostly, they assisted peasants with shepherding and other farm labor. And furthermore, similar to pigs, dogs were also viewed as a food source; some restaurants in China still serve them as a delicacy.

In recent years, however, pets have started to be a more common occurrence in China. In fact, older citizens are starting to adopt pets as companions in their golden years. But China's congested cities still have a number of legal restrictions on the size and number of dogs its denizens can own. Nevertheless, Chinese people spend more and more on their pets each year.

But still, the attitude isn't nearly as overwhelmingly positive toward dogs as you'd imagine it to be in a developing country. That's why we recommend thoroughly familiarizing yourself with Chinese culture, before embarking on a relocation there with your pet. Any sort of misunderstanding may lead to issues, and discomfort for your pet in the new environment. In order to avoid that, make sure you know about all of the relevant legal regulations, both on a state and regional level. That way, you'll get no surprises once you visit some of the most pet-friendly cities in China!

My name is Betty and I have been writing expert articles in relation to the moving industry for the last couple of years. Besides this specific area, I am also experienced in other spheres pertaining to the concept of relocation.

How the Pet License Tags Are Beneficial to Your Pet?

Pets are the most special creatures provide a lot of love to the people who are all taking care of them. Most of the individual persons have...

The pets are considered to be one of the family members by the people who love the pet. When you are adopting the pet you have to consider...

Nowadays most people attracted to pet animals. A recent study found that 65% of people are owners of pets. We all love our pets and want to...