5 Different Uses of Single Board Computers 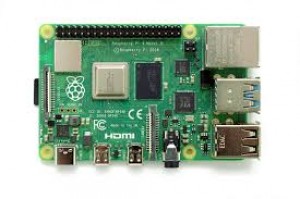 Computers have come a long way over the years. About a decade ago a 1 GHz desktop would quite literally tower in one's home. But today one can go over the relative size comparisons to see something quite amazing. Some of the smallest computers, running on a palm sized single board, are coming close to the 2 GHz range. Of course, this brings up a question about what people are actually doing with these tiny computers.

A single board computer can run a standard web server fairly easily. In fact, even the most compact of these types of computers can perform this task. The smallest single board computers are about the size of two fingers held together. And even these compact devices can run a webserver. Meaning one can quite literally host a website on something which wouldn't look out of place on a hair clip.

Many people use an SBC for all of their media needs. Video players are one of the more common applications for a single board computer. This is helped by the fact that most of them have a built-in HDMI output. But some people take it a step further and also use that same device to serve out media files to any other device on the network.

Very few SBCs come with the ability to monitor the weather. But a simple addon board is all that's needed to add this capability to an SBC. One typically needs to do a little extra mathematical tinkering to reduce the interference from the heat generation created by the SBC itself. But once that's done a single board computer can detect everything from heat to humidity.

One might take the earlier example a little further by adding in the ability to use predictive algorithms and machine learning with an SBC. This might seem a little far fetched at first. After all, machine learning is one of the single most processor-intensive tasks out there. But one can get around this with a little extra effort.

Again, one should remember that an SBC is surprisingly powerful. Even JIT compiled languages such as Java can handle some powerful AI work on a single board computer. But one can also use additional expansion boards similar to that of a sensor board for weather processing. This adds extra capabilities for artificial neural networks and some other types of machine learning. This type of processing using additional components is often known as edge computing.

One important point to note is that cloud computing and clustering can work with any of the previous techniques as well. For example, AI tasks might be offloaded to the cloud if they're too intensive for local hardware. Additionally, any data from the previous examples can be backed up or shared on distributed databases using cloud technologies. One can essentially use this technique to expand an SBC without needing to actually add new hardware to it.

Ironing is probably an important household chore you daily do. When you are

In the modern world, all of us are aware of Display Advertising on Sun BoardA major portion of inside a Public Place, Corporate Office...