If you write a lot with your keyboard, these models will be more comfortable for you 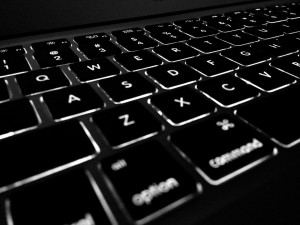 When we talk about the PC, not everything is dedicated gaming peripherals to play. We are many users who use the PC as a working tool, and although sometimes we want to find a combination of comfort and utility for games, if you are one of those who write many texts with the keyboard, you will be interested in knowing which are the most comfortable keyboards in the market, with which to spend hours and hours writing without suffering fatigue.

As usual, when preparing this list of what, for us, are the most comfortable keyboards on the keyboard, we have taken into account different factors when choosing, and not just because experts say that a ten keyless keyboard is ergonomic and therefore produces less fatigue, but also from personal experience.

What features are important to choose the most comfortable keyboard? The most comfortable keyboards have wrist restsIt may seem silly, but if a keyboard is not slim and does not have a wrist rest, it will force us to have our wrists turned upwards too much. At first it is not something that is noticeable too much, but with the passing of the hours, or sometimes even the minutes, we begin to suffer not only fatigue in the wrists from having them in an unnatural position, but even so much pain from having the wrists supported on the table, as for the position of these, tendinitis or carpal tunnel syndrome may occur, for example. The type of switch also influences a lot when writing

This is the most obvious: the more travel the mechanism has and the more force that must be made to activate it, the more effort each pulsation will cost us. It may seem a little trivial, but when you have spent hours and hours writing these thousands of small efforts they end up producing fatigue.

For this reason, mechanical keyboards are generally not too apt to be typing with them all day, except perhaps for low-profile or Cherry MX Silver switches, which have very low trigger points. A good membrane keyboard or even scissor-type switches produce much less fatigue.

The most comfortable keyboards are usually not completely straight

But with an ergonomic shape, with the keys slightly tilted to the sides so that the wrists and hands adopt a more natural position. This is so because the human being has his arms apart, and the width of our shoulders is in almost all the world greater than the width of the keyboard - we speak, in this case, of the part of the keys omitting the number pad -, that we will have our arms at an angle, not straight.

As can be seen in the image above, on a keyboard that is straight, the hands "enter" it at an angle, thus having an unnatural position on the arms and, as expected, producing fatigue and even pain. Ideally, the keys should be positioned slightly at an angle, although this is not the case on all keyboards or on all people.

These are the most comfortable keyboards on the market

This keyboard stands out for its contoured, wave-shaped shape, and with the keys slightly tilted to the sides to make the position of the arms and wrists more natural. In addition, since it has an integrated wrist rest, it will avoid even more fatigue when it comes to writing, although it is true that with this non-standard form it has a fairly long adaptation time until we get used to it. Now, once used, we can spend hours and hours using it without consequences for our health.

The Microsoft Natural Ergonomic Keyboard 4000 has standard membrane switches, so the actuation point and the force that we will have to exert on the keys is average, lower in any case than any mechanical keyboard. Plus, it's pretty quiet.

This keyboard is a more modern version of the previous one, which shares the same shape but has been simplified to have a slim format. Instead of membrane switches, this keyboard uses scissor-type switches, so the actuation point and the pressure that we will have to exert on the keys are even lower. As if this were not enough, it has an elevator for the part of the wrist rest, making it one of the most comfortable keyboards on the market. In addition, it is wireless and even quieter than the previous one.

This keyboard, despite having a standard straight design, is also one of the most comfortable keyboards on the market because it has everything else: keys with scissor switches, with a low actuation point and very quiet, wrist rest and elevator in the back, and slim format. In addition, it has a very attractive design and lighting.

The bad part of this keyboard is that it is difficult to find it with the distribution in Spanish, since Logitech recently discontinued it in favor of its wireless version, the Logitech K800, but this one has membrane switches and not scissors, so it is not it is so comfortable.

This is the only mechanical keyboard on the list, but because it incorporates low-profile Cherry MX Speed??LPswitches. Thanks to the fact that its actuation point is very small, and that you do not have to exert much pressure on the keys to activate them, it is very comfortable to use for typing for a long time, especially thanks to its removable wrist rest, so we have wanted to include it because it represents a very good balance between comfort and functionality, especially for games.

Market ScenarioGlobally, the mechanical keyboard market is expected to gain immense popularity among the gaming industry. According to the...

Embedding the KeyGrabber Module inside a PS/2 or USB keyboard is a one-time process and has to be done by the user. Data typed on this...

Jack Conner
How a PC keyboard works, everything you need to know

A few years ago, buying a keyboard consisted of going to the nearest shopping center and choosing between four or five options. You looked...