Kanha Resorts Home Away From Home 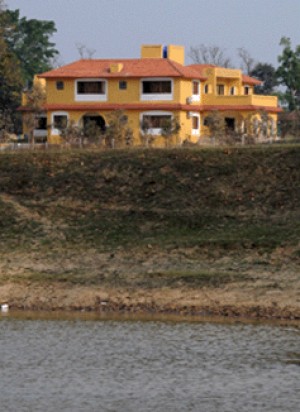 Tourism is India’s major revenue generator in spite the country has miles to go. The activity requires lot of infrastructure development, reduction in accommodation cost and easy access to destination via air route. If this is in focus the Nation has great potential for sightseeing, cultural experience and wildlife tourism.

There are destinations and architectural wonders which have not really opened up for the World. We relate tourism to Taj Mahal and some Mughal edifices which have been more of symbols of enslavement for us Indians than objects that should be cherished. Nevertheless there are ample monuments and temples for sightseeing and we have to get rid of this myopia and open up.

Tourism potential should never be viewed from a narrow perspective as to what is easily accessible and we should strive to expand the horizons for greater number of tourists local and overseas to come, see and admire.

One sector that we are doing well in is wildlife tourism especially tigers. There are more than fifty reserves where tourism is organized. Tiger tourism is doing very well in India and earning much wanted foreign exchange as well. Among the reserves which generate foreign and local traffic Kanha National Park stands out. It is one destination popular for wildlife safari in the core area. The core area is also known as critical tiger habitat.

Hotels facilitate tiger tourism immensely and they are indispensable in the hospitality industry. Kanha has always been a pioneer in conservation and associated tourism in India. Long before organized tourism the destination was often visited by local families, reporters and some overseas wildlife enthusiasts, photographers and film makers. There were not much rules and regulation and the entry fee was very less. Few guides were available to guide you in the park but there were few tourists as well. The accommodation was practically nil for tourists except a couple of rest houses and a very cheap ill-kempt lodge. The change over took place in the nineties whence films on Kanha wildlife were released globally. Even then there few resorts small but comfortable. But as soon as the boom time came a large number of resort accommodation sprung up to cater to tourists.

Now every year a large number of tourists from India and overseas arrive every year. As a matter of fact the reserve is now a prime holiday destination in Central India known as Madhya Pradesh or MP. Not only holiday makers the place is flooded with wildlife photographer and filmmakers of all sorts. This has given a boost to local economy and the accommodation providers play a major role in the beneficial change.

To cater to burgeoning tourism these facilities upgraded themselves with some becoming high end. At present there are many high end resorts at Kanha National Park in MP. They provide star rated facilities as can be made out from review sites and opinion articles. For holiday makers they are home away from away home in the wilderness. The number of visitors is rising and so are the number of tigers in the wild. Kanha is a biodiversity hub and home innumerable life forms which can be seen on a visit to this magic land.

Get an Amazing Experience by Staying With Wildlife at Kanha

Tasting wildlife while on India holiday tours is a must for every nature enthusiast as the country offers several options when it comes to...

Rudyard Kipling’s "The Jungle Book" derived its inspiration from the lush bamboo and sal forests, ravines and lush green meadows of Kanha...

Ajay Agarwal
How To Reach Kanha By Rail, Road, And Air

Kanha, one of the most famous national parks in India, is famous for its tiger reserve. Located amidst the dense forests of Madhya Pradesh...