The Legacy of the Running Coach, Arthur Lydiard 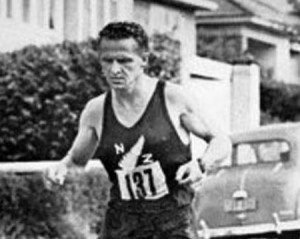 Arthur Lydiard was a very influential distance running coach from New Zealand and his legacy has had significant influence on the training of athletes today. Lydiard has been acknowledged for making running or jogging popular in the late 60's and early 70's. Some have even suggested that he even invented jogging. Lydiard coached a number of Olympic medallists from New Zealand in the 1960s (Murray Halberg, Peter Snell and Barry Magee) and had a significant influence through other coaches on other notable New Zealand runners such as John Walker who was the first to run more than 100 sub-4 minute miles and run a mile faster than 3 minutes and 50 second. Arthur Lydiard was born 6 July 1917 and passed away on 11 December 2004 at the age of 87. He has received a number of awards in his native New Zealand and in Finland where his coaching was responsible for a resurgence of Finnish distance running in the early 1970's). The magazine, Runners World named him as their coach of the century in their millennium issue. As a runner himself, he competed in the marathon at the 1950 British Empire Games, finishing thirteenth with a time of 2hr 54m. His influence of running has been immeasurable and way beyond his own accomplishments as a runner himself.

As for his training philosophy, Arthur Lydiard believed in breaking up the year into different training periods or phases. The base or background period was the endurance phase that consisted of at least ten weeks of maximum mileage that the runner can do in order to increase their aerobic base or background. This is where his well known 100 miles a week came from as he considered that to be the optimum. He advocated for the longer runs would to be around 20 miles. These distances were run at a speed that was just under the anaerobic threshold and could be maintained as a steady aerobic pace. The aim is to build the biggest endurance base possible for the next phases. The next period was the hill training phase which primarily consisted of uphill bounding or springing exercises to build strength in the legs that was generally done three times a week. Some endurance aerobic work is still done during this phase which would last for around 4 or so weeks. The next 4 or so week period was called the sharpening or speed phase in which some anaerobic interval and speed work training is added so the runner can run faster. After that 4 week period, the hard training is backed off and the concentration is then on remaining sharp and fresh for competition.

Many consider it doubtful that any coach will ever have more impact on the training practices of endurance athletes than Arthur Lydiard. The plan that be developed revolutionized middle and long distance training with regard to the volume of work he thought an athlete should be performing. The programs consisted of lots of hard work. Most training programs used by runners today can trace their roots back to what was advocated by Lydiard.

Hiring a coach can turn group travelling easier and more convenient. When a large group of friends or relatives plan for UK coach tours, it...

WHAT IS LIFE COACHING?Existence coaching is mentoring anyone to become the best version of themselves, in order to get from point A to point...

Is your family tree is not working so is it not a big issue. family tree maker is an application who gave a full information about your...