Have you been to Glasgow in Scotland? 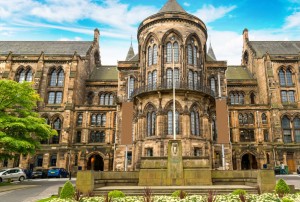 Glasgow is the most populous city in Scotland and the third most populous city in the United Kingdom with a population of just over 600 000. It is situated on the River Clyde in the country’s West Central Lowlands. From a tourism perspective, it is the fifth most visited city in the UK. The locals are often referred to as "Glaswegians". The name of the city is derived from Glasgow’s Gaelic name, Glaschu, which means "Green Glen." They also have a distinct dialect of the Scots language, the Glasgow patter, that tends to be difficult to understand by those from outside the city. Glasgow started as a small rural settlement on the banks of the River Clyde and developed into the tenth largest seaport in the UK. The River Clyde was a natural place for the settlement due to its access to fishing resources. Glasgow became a major centre of the Scottish Enlightenment in the eighteenth century. During the Industrial Revolution, the population and economy of Glasgow grew rapidly to become one of the world’s key centres of chemicals, textiles and engineering, especially for the shipbuilding and marine engineering industry. Glasgow’s underground railway system, which is often referred to as the ‘Clockwork Orange’ because of its colour, is the 3rd oldest underground railway system in the world. After the River Clyde, the second major is the Kelvin whose name was used in creating the title of Baron Kelvin. The Kelvin ended up as the SI unit of temperature.

Glasgow has a diverse architectural scene. These range from the city centre with it grand Victorian buildings, to the many glass and metal edifices in the financial district to the serpentine terraces of blonde and red sandstone in the west end and the large mansions which make up Pollokshields, on the south side. Along the banks of the River Clyde there are a number of futuristic looking buildings which include the landmark Riverside Museum and Glasgow Science Centre. The city has many facilities for a wide range of cultural activities, from the sport of curling to opera and ballet and from football to art appreciation. There are many museums that include those devoted to transport, religion, and modern art. In 1990 Glasgow was designated as the European City of Culture. Glasgow is also major centre of higher and academic research, with a dozen key universities and colleges within 16 km of the city centre.

Glasgow is also famous for hosting the first international football match in 1872 where Scotland and England drew 0-0. They also hold the European record for the most of number of people in attendance at a football game. In 1937, 149 547 watched Scotland beat England 3-1 in Hampden. The city is also the home of two of the world’s most renowned club teams, Celtic and Rangers, referred to as the "Old Firm." Their fierce rivalry started 1888. Glasgow has a professional rugby union club, the Glasgow Warriors, which plays in the European Rugby Champions Cup. More recently Glasgow was recognised as hosting the 2014 Commonwealth Games and the first European Championships in 2018.

Best Indian restaurant in Glasgow With a background marked by legendary extents to satisfy, the advanced cosmopolitan city of Glasgow has a...

Best restaurants in Glasgow With a background marked by legendary extents to satisfy, the cutting edge cosmopolitan city of Glasgow has a...

Best restaurants in Glasgow With a background marked by legendary extents to satisfy, the advanced cosmopolitan city of Glasgow has a...