All about Bandhavgarh Safari Timings and Booking 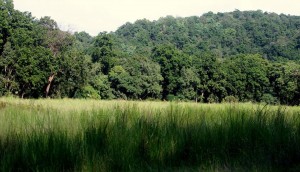 Bandhavgarh is a popular tiger reserve based in Central India or the State of Madhya Pradesh. It is a tiger conservation unit under Indian Government Project Tiger Program.

Tourism is organized in the unit in twenty percent of the core area which is also the critical tiger habitat. This tourism area is further divided into three zones namely:

Similarly tourism is organized in buffer zones as well. Buffer zone is the outer ring of the park and comprises of forests, villages and green fields. Animals liver here as well and the buffer safari is organized to enable sightings of big cats besides other mammals and birds that live here.

The entry and exit timings are constantly changing with the condition of available light. Early sunrise leads to earlier opening of the park which could be as early as 5.30 am. The park in the morning hours is closed by 10.30 AM every day. In case of full day safari timings change. The tourists on full day safari are allowed to enter half and hour early and exit half and hour late in the evening.

But year on year Bandhavgarh National Park safari timings follow the same pattern. A yearly timetable is published as regards entry and exit for tourists. The only disruption is caused by tiger census which is held every year. In case of emergency like acute rains, VIP visit or major animal behavior aberration posing threat to human life the park can be closed, opens partially or leads to closure of one of the zones. These are done from the highest office of the Field Director and the field management is instructed by direct communication or a circular. The park is closed on Wednesday evening in Central India for tourists.

Safaris are regulated keeping the safety of the tourists and disturbance to animals in mind. Thus a pattern of rules are circulated by the Field Office to its staff and forest guides who accompany the tourists of safari jeeps and canters. These rules have to be strictly followed under the vigil of the park authorities and the guides. The guides instruct the tourists and the jeep drivers regarding the rules on spot while instructions are permitted on the permit issued by the State Government which is responsible for tourism. An advisory is passed regarding the rules and regulation by the National Tiger Conservation Authority. NTCA upon advice from the courts and local bodies frames the rules and regulations. Some of which can be changed at local level or by the State as per suitability.

The safari are conducted on open jeeps and twelve seat canter both registered with the Field Office even the drivers are registered in Bandhavgarh. This ensures safety of the tourists as all are experienced to drive in the rough terrain and are familiar with animal behavior.

For excursions in the park a permit is required. Hence a permit has to be booked by the tourist beforehand. The Government issued safari permit can be booked online at State website. The form has to be filed online after submitted identity details and proof residence. Simultaneously the zone has to be chosen and payment made. A permit is booked online for each safari subject to availability.

Sariska National Park & Tiger reserves is one of the best And Beautiful Wildlife Safari.It is Located in Alwar District of...

Known for its magnificent tigers Bandhavgarh is one of the finest holiday destinations in the World. The destination has been notified as a...

Without permit for safari you have no option to explore the core and this is where best tiger sightings take place. But you can still...