The Legacy of Barefoot Running Shoes 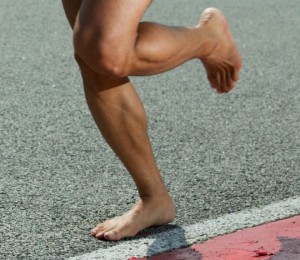 About 2009 there started a trend in the running community towards barefoot running. The trend was to do away with the supportive and cushioned running shoes as they were considered the cause of a lot of the injuries that runners were getting. The trend was supported and advocated by a lot of so-called gurus, websites, forum and books. It was heavily promoted as being the answer to a lot of the problems that runners faced. It was estimated that up to around a quarter of all runners dabbled in the concept of no running shoes or minimalist running at the time. Despite all the rhetoric and claims made for this type of running, the science and research did not support those claims that were being made. For most of those runners that tried it, the benefits did not eventuate, and they went back to running in what they were previously used to be running in. Runners eventually lost interest in it and despite all the hype and the amount of promotion that was given to it, the trend started falling off by end of 2014 and these days it barely rates a mention expect in historical terms and by a small hardcore group that still do it and try to advocate for it.

The trend did inspire a lot of barefoot running shoes which is a bit of an oxymoron as how can you be barefoot and have running shoes. However, these running shoes at the time were designed to be so minimal and have little cushioning like the traditional running shoes. They were really nothing more than protective covering of the foot. It was assumed that when using these types of footwear that they were as close as you could get to running without athletic shoes while still using some sort of athletic shoe. There were a lot of new entrants into the market on the back of this trend as the traditional athletic shoe companies were somewhat slow to respond to the change in the market. The traditional sports shoe companies did respond with more minimalist shoes at the time. Since then a number of the new entrants have left the market and the range of barefoot running shoes offered by the bigger sports shoe companies have been substantially reduced as the interest in these shoes have fallen to the extent that they now make up much less than 1% of the running shoe market.

Even though there is no longer much interest, if any, in this type of footwear, there is a legacy that the fad has left on the industry. Runners are more acutely aware of the different design features in their sports shoes such as the amount of cushioning and the height of the padded heel. There are some of the minimalist design features that have been incorporated into the more traditional running shoes. The range of athletic shoes now on the market is now more extensive ranging from the minimalist end to the more cushioned maximalist end of the spectrum. There is no doubt that the fad has left a legacy.

Barefoot running was a big fad about 10 years ago that lasted a few years and attracted a lot of interest, especially in social media. In...

Craig Payne
The Legacy of the Running Coach, Arthur Lydiard

Arthur Lydiard was a very influential distance running coach from New Zealand and his legacy has had significant influence on the training...