How is fibromyalgia diagnosed? 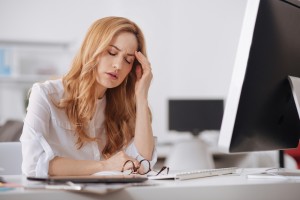 Fibromyalgia is probably due to changes in how the brain and spinal cord process pain signals which generally means that the diagnosis is usually made based on a group of symptoms. The diagnostic guidelines put out by the American College of Rheumatology include widespread pain throughout the body for at least three months. It is also often characterized by pain when firm pressure is applied to specific areas of your body, called tender or trigger points. Previously to make a diagnosis at least 11 of these 18 specific spots had to test positive for tenderness, but this is not a strict criterion anymore as they can vary so much.

An important part of the diagnostic process is to exclude other possible causes of the symptoms. Some of the common causes of the types of symptoms include some of the rheumatic diseases such as rheumatoid arthritis, Sjogren's syndrome and lupus. Mental health disorders such as depression and anxiety often feature generalized aches and pain. Sometimes the numbness and tingling that those with fibromyalgia might get can be caused by neurological disorders such as multiple sclerosis and myasthenia gravis.

There are no lab or blood tests that are diagnostic, but they are widely used to help either diagnose other causes or rule them out. The tests may include a complete blood count, erythrocyte sedimentation rate, cyclic citrullinated peptide test, rheumatoid factor, thyroid function tests, anti-nuclear antibody, celiac serology and Vitamin D. Doctors will also perform a careful physical exam of the muscles and joints as well as a neurological examination. A sleep study is sometimes recommended.

An important issue in fibromyalgia is sleep quality. People who have it can often wake up tired, even after they have slept continuously for more than eight hours. They tend to fatigue and get tired easily. Fibromyalgia can often coexist with other health problems which can include irritable bowel syndrome, headaches, anxiety or depression, frequent or painful urination. There can be a number of triggers of fibromyalgia as in some cases it begins shortly after a person has experienced a mentally or physically traumatic event, for example a car accident. Post-traumatic stress disorder appears to be a factor in some cases. Genetic factors also appear to be involved, so a family history is important.

All of this information taken together and patterns in it are looked for to give your doctor a much better idea of what may be causing your symptoms and if it is fibromyalgia.

Are Statin Guidelines Contributing To The Number of Women Diagnosed With Lipitor Diabetes?

Statins like Lipitor have been heavily promoted as a safe way to treat high cholesterol levels. The drugs inhibit HMG-CoA reductase, an...

For the estimated 180,000 American men who will be diagnosed with prostate cancer this year, the path ahead may vary. Those who find they...

Diabetes is a chronic condition that is estimated to affect more than 3.4 million Canadians. Requiring a delicate balancing act to ensure...