What is the difference between podiatry and chiropody? 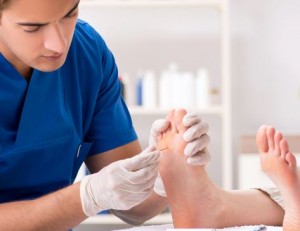 The words podiatry and chiropody are essentially interchangeable and mean the same. Podiatry is the profession that deals with the diagnosis, treatment and prevention of the foot and related disorders. The scope and what podiatrists can do in their work are different in various countries. Historically the profession was known as chiropody and chiropodists treated both the feet and hands as chiro- means hands and pod- means foot. After a period of time they only treated the foot and were licensed in most countries by regulatory authorities to treat the foot only. Eventually the name was changed to podiatry as the profession matured and developed. The USA was first to change the name over 50 or so yrs ago. Countries like Australia and New Zealand changed the name 20 or so years ago. The United Kingdom changed more recently. Other countries are in different stages of development of the profession and what that profession is generally called there. The terms chiropodist and chiropody are almost never heard in the USA, Australia or New Zealand, but the terms are still in common usage in the United Kingdom.

As podiatry developed in some countries and the name started to change, there were ego driven claims that podiatry was better than chiropody when in reality at the government regulatory level there was no difference. Podiatry as a profession continued to change and develop and adopt more advanced diagnostic and treatment methods. Despite claims to the contrary podiatry is not something better than chiropody, it is just part of the natural development and change in the scope of practice that any profession goes through.

That scope of practice is very different in different countries. In the USA, the podiatry qualification is the post-graduate degree followed by a 3 year residency, so podiatrists in the USA have full medical and surgical scope of practice to manage pretty much all disorders of the foot. In The UK and Australia, the podiatry is an undergraduate degree to become registered and practice as a podiatrist, however, podiatrists there can then enrol in post-graduate surgical programs to expand their scope of practice into surgery. In some European countries, the podiatry course is only a 2 year diploma and their scope of practice is limited only to the management of superficial skin and nail conditions. Access to prescription drugs also varies from country to country and often reflects the nature and scope of what the profession can do in that country. In most countries podiatrists use the same technique to treat most foot problems such as the use of superficial skin and nail techniques, foot orthotics for musculoskeletal problems and exercise therapies when indicated. What different countries do with their scope of practice is just different. Those with a more restrictive scope of practice do what they do very well but are looked down upon in some ego driven commentary that they are some kind of lessor practitioner. This is unfortunate. Every profession in every country grows and develops and changes over time and the practice of podiatry is no different.

Reasons to Get Services from Podiatry Singapore Professionals

As the name implies, a podiatrist is related to the treatment of everything related to feet as well as the lower limbs. While the profession...

M V Diabetes Hospital is known to be the leading Diabetes clinic in India. Diabetes is a serious disorder that requires proven treatment and...

Plantar Fasciitis, Heel Spur or Heel Pain.Practically all Heel torment can be followed back either straightforwardly or in a roundabout way...