The History of London 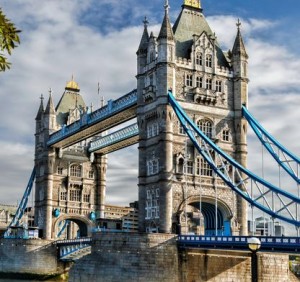 London is now the seat of the Government of the United Kingdom and the country’s financial center. It is situated on the banks of the River Thames in southeastern England. The city of London was founded by the Romans in 43 AD and they ruled there until the fifth century AD, when the Roman Empire fell. The Romans called it Londinium and had a population then of 50,000. It was a major trading port. Londinium declined during the fifth century due to repeated Anglo-Saxon invasions. In the eighth century it became the capital of the Kingdom of Essex. There were many Viking attacks during the ninth century with a lot of suffering during that time. Danish settlers then established themselves in the area leading to an increase in trade and businesses in the town. As the wealth and power of this developing urban center increased it attracted the attention of the Danish Great Heathen Army that took over the city and captured by King Alfred the Great in 886. After the Norman invasion and conquering of England in 1067, the new King of England, William Duke of Normandy established the city's existing rights, laws and privileges. He also built the Tower of London. Following that in 1199, King John reinforced the city's self-government. From 1215 the city was able to elect a new mayor every year.

During the fourteenth and fifteenth century, London's port became a European hub for the distribution of goods, especially due to the trade in textiles. From the sixteenth to seventeenth century under rule from the Tudors, London benefited from the centralized politics and the increased maritime trade that was continued by the Stuarts. During this time London had 100,000 inhabitants and by the mid-seventeenth century it had increased to over 500,000. By 1665, the city’s poor living conditions from inadequate urban planning were responsible for the Great Plague taking hold that killed around 70,000 people. The follow year, a huge fire burnt down most of the city. The reconstruction of London took over decade to finish, with the development of major works such as St. Paul’s Cathedral increased the appeal of London. This led to London becoming the center of English social life with palaces, halls, theaters and museums unrivaled elsewhere. London continued to grow, especially with the established of the Bank of England in 1694 which led to London’s development as a financial center.

Most of current London is from the Victorian period. The Industrial Revolution drew millions of people to London, greatly expanding the city with population increased from 700,000 in 1750 to over 4,500,000 in 1901. The overcrowded problems did lead to the 1832 cholera epidemic and the great stink of 1858 due to sewerage issues in the heat. After a steady period with not a lot of change in the population of the capital began to decline at the end of World War I and fell below 3.5 million by 1950. Surrounding suburban areas grew steadily during that time. In 1963 London was divided administratively in the old town and 32 metropolitan boroughs surrounding it.

History of football: Facts you missed in history class

The Black History Month is approaching and less than two months are left. It is celebrated all over America and Canada. People come out in...