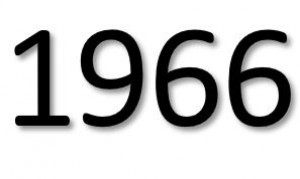 The year of 1966 was notable for a number of significant events. Probably the most notable was the continuing war in Vietnam and the continuing protests about the war in the USA. The involvement of the USA in the war was opposed by a significant proportion of the USA population. President Lyndon Johnson vowed that the United States should stay in South Vietnam until Communist aggression there is ended. In March, the USA announces that it will substantially increase the number of its troops in Vietnam. The USSR president, Leonid Brezhnev then demanded that USA troops leave Vietnam. In May, 4500 troops from Australia join the USA forces. In June, the USA increases it aerial bombing effort over cities in North Vietnam. The year also brought about a radical change in criminal law in the USA. In Miranda v. Arizona the Supreme Court overturned the conviction on June 13th of a confessed rapist, ruling that the Fifth Amendment to the Constitution restricted the prosecutors from using a person's statements made in response to interrogation in police custody as evidence at a trial unless they can show that the person was informed of their right to consult with an attorney before and during the interrogation. It also affirmed the right against self-incrimination before police questioning, and that the defendant not only understood these rights, but also voluntarily waived them. Also, in the USA in 1966, the USA Department of Transportation was created. In June, Ronald Reagan entered politics becoming the governor of California. He subsequently served as the 40th president of the United States from 1981 to 1989.

On 21 October in South Wales, UK, the Aberfan disaster occurred. This was the catastrophic collapse of a colliery spoil tip above the village of Aberfan following heavy rain of heavy rain which led to a build-up of water within the tip which caused it to suddenly slide downhill as a slurry. This killed 116 children and 28 adults as it engulfed Pantglas Junior School and a row of houses. In February, All Nippon Airways Flight 60 crashed into Tokyo Bay with all 133 people on board being killed. In the Chinese city of Xingtai there was a magnitude 6.8 earthquake that leaves more than 8000 dead and 38,000 injured. It was also during 1966 that the name mini-skirt starts to become popular. In entertainment the original "Batman" television series that starred Adam West as Bruce Wayne debuts on ABC. It ran for 3 seasons with 120 episodes. It was known for its camp style, upbeat theme music and being intentionally humorous. In September the original Star Trek television show debuts. It ran for 3 seasons and subsequently was the inspiration for multiple TV series and movies. During 1966 the space race heated up with NASA in the USA launching the Lunar Orbiter 1 which was the, the first USA spacecraft to orbit the Moon. The Soviet Union landed Luna 9 on the Moon in February which was followed by the USA landing the Surveyor 1 on the moon in June.