What does obesity do to the body? 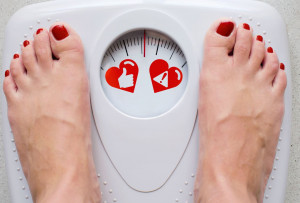 Obesity is becoming an increasingly urgent public health issue as it increases the risk for so many heath conditions, some of which can be quite serious and this places a substantial burden on health care systems around the world. It is estimated that in most developed countries, 40 to 50% of the population could be considered to be in the obese category. The health impacts of obesity affect just about any body system including the brain, blood vessels, heart, liver, gallbladder, bones and joints. Carrying too much overweight or having obesity greatly increases the risk of having a stroke and the consequences and complications of that. Fat that is stored around the neck can make the airway too small that is going to increase the risk for sleep apnoea which is when the breathing may actually stop for short periods of time at night in people with sleep apnoea. Those with obesity has been associated with a higher risk of gastroesophageal reflux disease which is when the stomach acid leaks into the oesophagus. There is also a higher risk of developing gallstones. Fat is especially a problem for building up around the liver and leading to liver damage and even liver failure. In those who are obese the heart and the vascular system needs to work harder to pump blood around the body leading to high blood pressure which also increases the chance of a stroke, heart attacks and kidney disease. Obesity also makes the body’s cells more resistant to insulin which is an important factor in increasing the risk for type 2 diabetes. Type 2 diabetes in turn also increases the risk for a range of other health issues, including heart disease, kidney disease, stroke, amputation and blindness. Obesity can make it more difficult for a woman to become pregnant in those who do become pregnant, it can increases the risk of serious complications during the pregnancy.

Obesity has significantly effects on the musculoskeletal system, causing a deterioration in bone density and muscle mass increasing the risk of fractures. The extra weight puts too much pressure on the joints, leading to pain and stiffness and increasing the risk for osteoarthritis. Obesity affects the feet, putting a lot of pressure on them when we walk around increasing the risk for a lot of different foot problems. Those with obesity also can have trouble reaching the feet causing issues with self-care and putting on footwear. Obesity has been linked to an increased risk of many different types of cancers that include cancer of the liver, colon and pancreas. The higher the BMI, the higher the risk for these cancers. Skin rashes can occur where the skin of body fat folds causing hygiene problems. Obesity has also been associated with a number of different mental health conditions and they are more likely to have reduced overall well-being, experience more negative emotions and display more psychopathological symptoms such as depression, poor self-esteem, and issues with body image. As obesity affects nearly every part of the body, it is increasingly important to manage this with a combination of diet, exercise, and lifestyle changes.

Although nearly every diet pill will claim it is the best, not all weight loss supplements are as effective as manufacturers would like you...

Obesity is considered as a disease now a day’s and it is identified by accumulation of excessive fat. Now this is measured as a global...

Obesity is engulfing the world at an alarming rate. With the wonder of obesity surgery, the threat can be curbed up to a large extent...