What and Where is Box Hill? 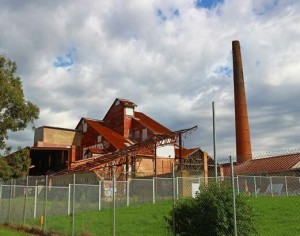 Box Hill is a respectable middle-class eastern suburb of greater Melbourne in Victoria, Australia. Via the freeway it is 14 kilometres from the central business district of Melbourne. The current municipality of the area has an official population of just under 12 000 people. For administrative purposes, it is now part of the City of Whitehorse.

Prior to the arrival of Europeans the area was home to the Wurundjeri Aboriginal people. The first European landholder was Arundel Wrighte who, took up a pastoral lease on the land in 1938 it was officially declared a city in 1927 with it growing over the next 100 years into its own city. In 1871, the population of the township was 154 and was mostly orchards, vineyards and other mixed types of farming. During this time the township became a central market centre for the fruit and vegetables that were grown in the area at the time. The area was absorbed into greater Melbourne in the 1950’s as part of the eastward expansion of Melbourne. The actual name of Box Hill was chosen by a when at a meeting in 1860 of local citizens put forward a number of preferred place names. A competition was held and won by a storekeeper, Silas Padgham, who was also the first postmaster of the area. He was born in Box Hill in Surrey, England, so this become the name for the township.

These days, Box Hill is known for its large Chinese community with over 65% of the population not being born in Australia. It also has Melbourne’s tallest high rise buildings outside the central business district and because of this is often called Melbourne's second city. It has now become a major transportation hub for the eastern suburbs with one of the busiest suburban train and bus stations. Box Hill has a major hospital which first opened in 1956 and a substantial shopping precinct. The area is served by three high schools and one technical college with several primary schools and kindergartens.

Quite a landmark in Box Hill is the old Surrey Dive which was a well-known swimming hole. It was never really a lake, but a hole that was dug to provide clay for a brick factory nearby, starting in 1880 that filled with water. There are multiple unsubstantiated rumours and stories around drownings at the lake. Surrey Dive was developed at the time into one of Australia's premier swimming competition venues. It was used for competition until the 1930, when a swimming pool was built next to the Dive. The building of the brickworks still exists but has not operated for a very long time and has become the target of graffiti artists and vandals more recently. Because of this it is now fenced off and derelict. The large smokestack still casts a shadow over the dive. The Dive is now an ornamental lake and the home for a model boat club. The lake is no longer used for swimming. The old brickworks is a protected heritage site.

Blazing sun, scorching heat, humid climate and enormous sweating, Indian summer is just around the corner and is the most favorite time for...

Delhi, the capital city of India, is a veryprevalent tourist destination. It is rapidly being witnessed as the growing tourist attraction...

Poon hill trek is short and easy trekking in the Annapurna region Nepal. It is an ideal trekking destination for the beginners, family...