The Story of Thalidomide 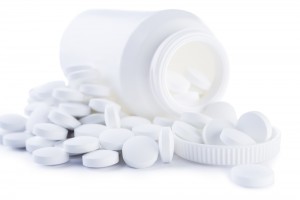 There is no doubt that prescription medicines make a massive difference in so many peoples lives. These drugs go through quite a substantial testing and safety protocols before they come to market. Not many drugs make it through this process with most failing and then are abandoned by the drug company. The high standard required before drugs can be approved for the market come about because of the stricter requirements due to past failures, some of them being quite dramatic. The most well known of these failures is probably the thalidomide controversy.

Thalidomide was first marketed in 1957 in West Germany to treat anxiety, sleeping issues and morning sickness. The thalidomide turned out to be very effective for the morning sickness in pregnancy and was quickly approved in 46 countries to be used by women who were pregnant. It was not approved for marketing and distribution in the USA, where it was rejected by the FDA for not meeting high enough standards. Thalidomide was never tested to see if it was safe during pregnancy. The outcome of its use in pregnancy was and an estimated over 10 000 children being born with a range of severe deformities and many more miscarriages. Of the live births just over half died within months of being born. This is probably the biggest scandal in the history of the pharmaceutical industry.

The problems with thalidomide were first noticed in 1961 by the Australian obstetrician, William McBride, who wrote a letter in the Lancet medical journal about his observations of seeing an increase in the number of deformed babies that were born at his hospital, all of whom mothers were taking thalidomide. At about the same time, the paediatrician Widukind Lenz in Germany also noted many similar cases where the drug was still sold over-the-counter and not just on prescription. This led to an investigation and subsequent banning of the drug from sale. In 1968, the German company that made thalidomide, Chemie Grünenthal GmbH was put on trial in Germany with the company settling the case out of court and no case proceeding. As a result of that the German victims were compensated. No one from the company was found guilty of any crimes. In the UK, the victims of the drug were also compensated by the United Kingdom distributors of thalidomide. In other countries there were a number of class actions pursued, resulting in settlements decades after the drug ceased to be marketed.

The publicity surrounding this and the birth defects that occurred from thalidomide cast a dark shadow over the pharmaceutical industry. The resulting controversy led to every country to develop better systems for drug regulation and monitoring after the approval of drugs. This was especially the case in the terms of the use of drugs during pregnancy where the standards and requirements are now very high.

Thalidomide as a drug still does have some uses for the treatment for cancer and some inflammatory diseases. It is being used as a drug for leprosy and multiple myeloma.

Out of all the countless body exercises known to man there is one which stands apart from all others.  One that separates all the men from...

Love Story She waited in her balcony, trying to be discreet. She had earphones plugged in her ears with her favourit

Love Story These was good kids once, I thought to myself. I'd watched them growing up for years. Here I am, rocking in my chair on the porch...